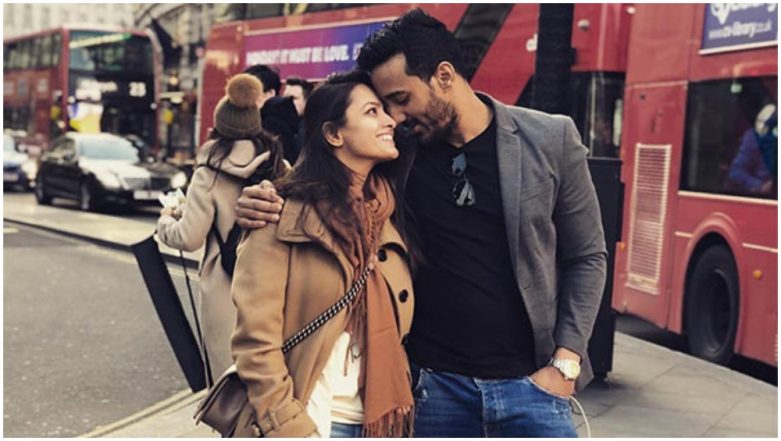 Anita Hassanandani and Rohit Reddy’s video of ‘what happens before and post marriage' is relatable. (Photo Credit: File Photo)

Anita Hassanandani, who is currently seen in Ekta Kapoor's much-celebrated show 'Naagin 3', and husband Rohit Reddy are one of the most endearing couples of the television industry. The couple, who have been married for 5 years now, share an amazing chemistry in real life and never fails to give us couple goals. Anita and Rohit are quite active on social media and the duo always keep posting their pictures and videos to keep the fans updated and entertained respectively. And this time around, Anita and Rohit, taking it to another level, made a video of how things change before and after marriage and it is too hilarious. ITA Awards 2018: Divyanka Tripathi Dahiya, Surbhi Chandna and Anita Hassanandani Grace the Red Carpet – View Pics

Last evening, Anita took to the photo-sharing app to share the video they shot recently. Sharing the video, the actress has a witty caption that read, "The woman cries before the wedding; The man afterward!! 😂😂😂 Script: @rohitreddygoa" Isn't script apt and relatable to the most of us? Watch and let us know what do you think about the video shot by this crazy couple in the comment section below.

The woman cries before the wedding; The man afterward!! 😂😂😂 Script: @rohitreddygoa

Previously, while speaking about Rohit, Anita had told an entertainment portal, "Even today, he makes it a point to thank me, whenever I do anything for him, that’s very lovable. I think that generally, a woman brings in luck for her husband after marriage but in my case, my husband is lucky for me." She further added, “It has to be his honesty. I feel the strength of any relationship is to be true to each other. I also love that there’s mutual respect between us. It’s such a simple thing if you come to think about it but it goes a long way in strengthening the bond. It really is the foundation, I feel." Now, isn’t that sweet? To feel love and gratitude for your partner with each passing year is not just sweet but also incredibly heartwarming.