Nach Baliye 9: Shraddha Arya Squashes Rumours Of Being Engaged To Alam Makkar, Says ‘It Was Simply An Act’ 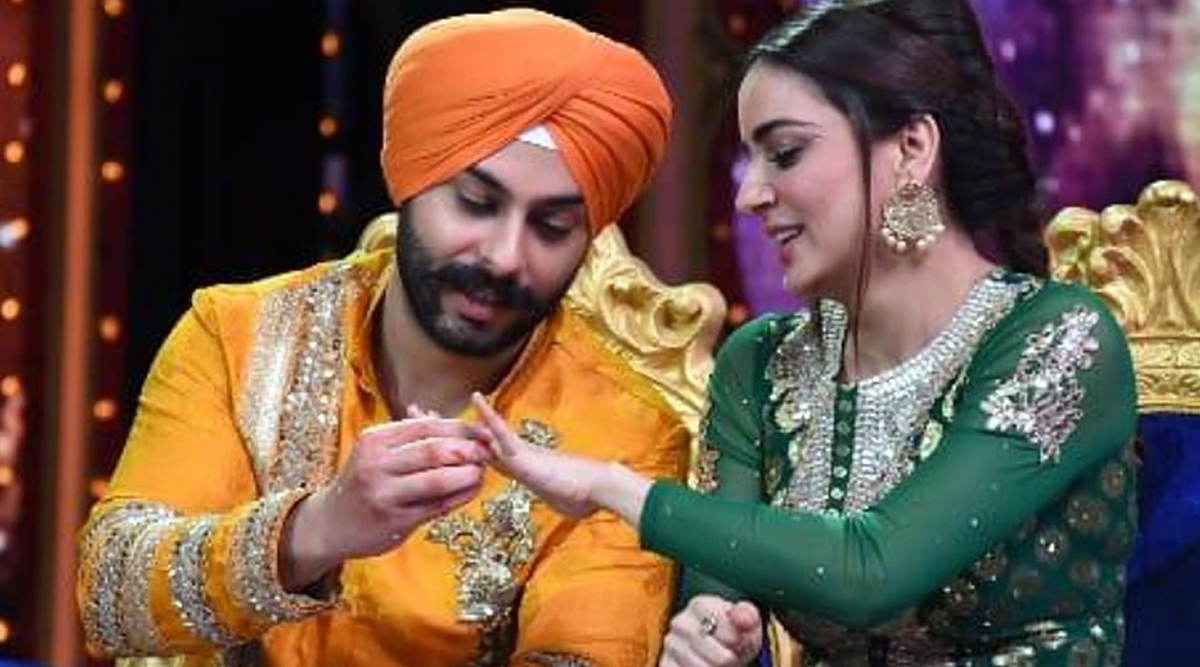 Shraddha Arya is a popular name from the Telly world who rose to fame after starring in Zee TV's hit daily soap, Kundali Bhagya. Since then, the amount of love Shraddha has garnered from the janta is immense. For the unversed, Shraddha along with her boyfriend Alam Makkar was last seen grooving on Star Plus' dance reality show, Nach Baliye 9. On the show, the couple was quite famous for their intense chemistry and fans showered loads of pyaar on the two. Having said that, in one of the episodes of Nach Baliye 9, Alam Makkar was seen proposing Shraddha and later also made Arya wear an engagement ring. Since then, news of the two being 'engaged' has been making headlines. Nach Baliye 9: Shraddha Arya Reveals That Her Baliye Alam Makkar Is Her Current Beau And Not Her Ex!

Now, clearing the air, Shraddha has squashed all the rumours stating that the proposal act was simply part of the performance. In an interview with a leading daily, She said, “I don’t know why and from where these rumours come from. It was simply an act. Alam proposed to me with a ring borrowed from someone on the set. It was simply a part of the performance and had nothing to do with reality.” Nach Baliye 9: Kundali Bhagya’s Shraddha Arya Opens Up On Her Premiere Episode Performance!

Here's A Video Of Their Dance Performance:

Tomorrow 8pm, @starplus ... on public demand #shalam is Dancing on a punjabi cult track - Mudiyan toh bach ke rahi .... Do not forget to watch it on #NachBaliye9 this Saturday! Tag us to your dance videos on the same song 😘😘😘 & we will repost it in our stories 🤗🤗 @banijayasia @alammakkar

On being quizzed about dating Alam, she replied, “Of course I am seeing Alam. But I have no plans to get engaged anytime soon. We have been dating each other for just eight-nine months. We are still in the phase of getting to know each other, exploring each other’s nature, likes and dislikes. I don’t want to rush into anything." Well, now it's surely clear that Alam-Shraddha are just in a relationship and not engaged yet. Meanwhile, on the professional front, Shraddha Arya is seen on the popular show Kundali Bhagya opposite Dheeraj Dhoopar.