Yeh Rishta Kya Kehlata Hai February 5, 2020 Written Update Full Episode: Naira is Suspicious of Luv and Kush, While Kartik is in For a Shock After the School Complains About Kairav 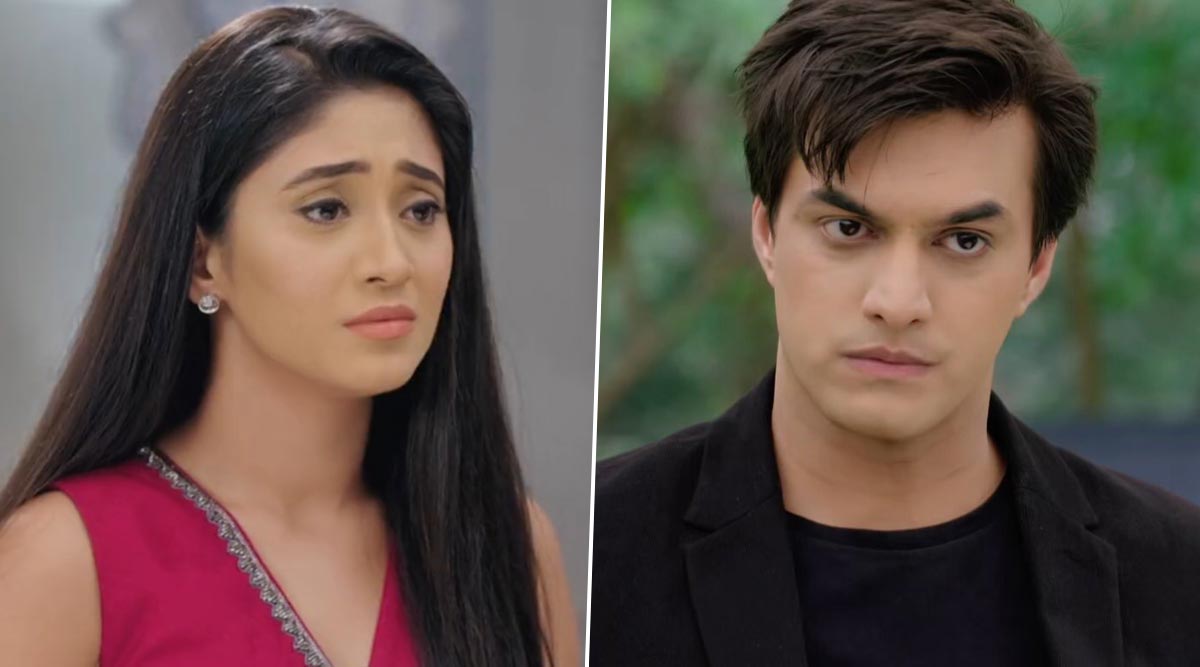 In yesterday’s episode of Yeh Rishta Kya Kehlata Hai Abhishek blackmails Luv and Kush to either give the video or 10 lakhs cash. Luv mislead Kairav into stealing Gayu’s necklace. Naira confronts Luv and Kush when she comes to know that they copied Kartik’s signature. In tonight’s episode, we see Kartik (Mohsin Khan) and Naira (Shivangi Joshi) saying to Kairav that he doesn’t need to be sorry as he told them the truth. They shower kisses on Kairav. Kairav asks them to stop and leaves. Kartik tells Naira that they should give more attention to Kairav. Naira tells it is her mistake as her full mind was with Trisha and she ignored Kairav.  Kartik tells Naira both are equally responsible for it. Naira asks Kartik why Surekha lied to the family about the jewellery incident. Kartik gets upset with Naira for doubting Surekha. Yeh Rishta Kya Kehlata Hai February 4, 2020, Written Update Full Episode: Kairav Steals Gayu’s Necklace, Naira Suspects Luv and Kush.

Meanwhile, Luv and Kush manipulate Surekha and she gets ready to give 10 Lakhs to them to give to Abhishek. Meanwhile, Naira thinks to talk with Surekha and clear the matter. Naira enters the same time when Surekha gives the check to Luv. Surekha stands stunned seeing Naira and lies to her that she is giving them the money for the admission.

Seeing Kartik angry Naira tries to make up with him. She writes Love you in the computer and Kartik cheers up. Ahead, seeing Kartik keeping his utensil Kairav asks him why he is keeping the utensil as this type of work only a girl does. Kartik and Naira get tensed. Kartik gets a call from Kairav’s teacher asks them if at their house they differentiate between girl and boy. Kartik says no than the teacher tells them at the class he differentiates between girl and boy. Naira gets disturbed and tells Kartik that they have to make Kairav understand that girls and boys are the same and he should not differentiate between them. They see Kairav and start acting as if they are fighting. Kartik tells Naira to make kachori for him but Naira tells she is tired and he should make it himself. Kairav tells them why are they fighting. Naira tells that being a boy Kairav also used to help her so much when they were in Goa. Kartik and Naira make Kairav understand in their own way that boys and girls are the same and boys should always respect a girl.

Luv gets bored and tells Kairav to bring some balls. Kush asks what he is up to. Luv throws the ball at the house helper and enjoys it. Kairav too hits the man. Kartik catches them red-handed. Kartik and Naira complain about Luv and Kush to the Goenka’s. Surekha asks Naira if she doubts her parenting. Naira says Kairav and Vansh need to stay away from Luv and Kush. Suhasini defends Luv and Kush and tells that they are brothers of Kairav. Kartik does not like Naira’s word and tells why she told that the kids should be separated.

Later, Kartik and Naira discuss keeping control over Kairav. Kartik disagrees with Naira when she says they should distance Kairav form Luv and Kush. Kartik tells Naira that if again  Luv and Kush did something wrong then he will punish them. Naira tells  Kartik to do what he feels is right.

In the precap, the doctor informs Trisha is regaining consciousness. Luv, Kush, and Abhishek reaches the hospital and tries to kill Trisha.