A 14-year-old girl from West Bengal, who was rescued from a brothel, cleared the state's Madhyamik exam with decent 70 percent marks. 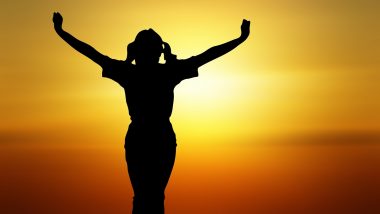 Kolkata, July 23: A 14-year-old girl from West Bengal, who was rescued from a brothel, cleared the state's Madhyamik (class 10) exam with decent 70 percent marks. The girl had gone missing in May last year. She was trafficked, tortured and forced into prostitution. She was sold to four different brothels in Rajasthan, Delhi, Uttar Pradesh and Tripura before the police rescued her. She had been re-enrolled in school in class 9 in July last year. RPSC RAS Result 2018: 3 Sisters From Hanumangarh Clear Exam Together, Become Rajasthan Administrative Service Officers.

Initially, things did not go well for the girl after she joined back the school. Called a "baje meye" or bad girl, she skipped the half-yearly exam. Then NGO Shakti Vahini and the Madhyamgram police intervened and ensured that she was not hounded further. After clearing the West Bengal Madhyamik exam with around 70 percent marks, she wanted to study science. However, she may not get the chance given the high cut-offs for science stream. West Bengal Madhyamik Class 10 Results 2021 Announced by WBBSE At Official Website - wbbse.wb.gov.in; 100% Students Declared Pass.

"I have decided to study Arts. I have got around 70% in both English and Bengali. I want to stand on my feet. I want to be a schoolteacher and stand by my parents. I had not managed too many good grades in class IX. It took time to come out of the trauma and resume studies. I would have been happier to appear in the exams. My Class-X internal marks are better than that of Class IX," the girl was quoted by TOI as saying.

The state could not hold the Madhyamik exams due to the coronavirus pandemic. Students have been assessed based on their performance in the 2019 examination in class IX and internal assessment for every subject in class X on a 50:50 basis.

The NGO Shakti Vahini, which had also helped in the girl's rescue, is nominating her as one of this year’s voices of the trafficking victims. "This year’s anti-trafficking day theme on July 30 is the voice of the victims. She is a perfect example," Rishikant from Shakti Vahini said. So far, police have arrested four traffickers in connection with the girl's case.

(The above story first appeared on LatestLY on Jul 23, 2021 11:39 AM IST. For more news and updates on politics, world, sports, entertainment and lifestyle, log on to our website latestly.com).