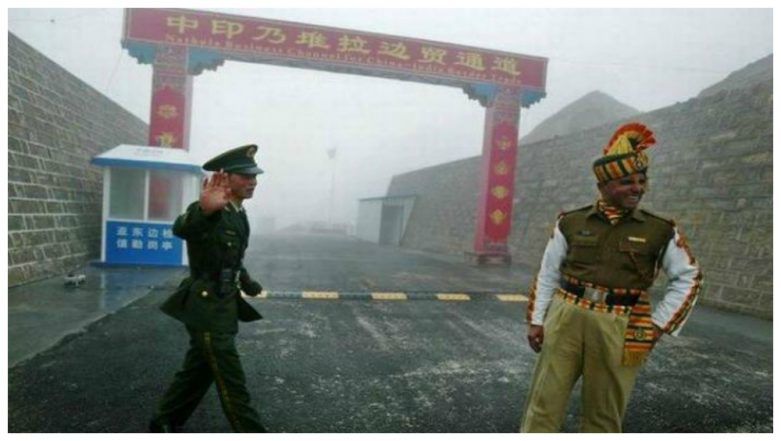 Beijing, January 15: China on Monday hit out at Indian Army chief General Bipin Rawat for calling Doklam a disputed territory and said that his "unconstructive" comments were not helpful for maintaining peace at the borders. In an angry rebuttal to Gen Rawat's comments, foreign ministry spokesman Lu Kang said his comments went against the consensus reached between Prime Minister Narendra Modi and President Xi Jinping at the BRICS summit last September to bring ties back on track and preserve peace on the border.

The Chinese reaction came following comments by Gen Rawat two days ago that India needs to shift focus from its border with Pakistan to that of China and spoke of pressure being exerted by Beijing along the Line of Actual Control (LAC).

"Last year, India-China relations have witnessed some twists and turns," Lu said and referred to Modi-Xi consensus and the high-level talks since December to improve the ties.

"The dialogue and consultation have shown sound momentum of improvement and development," he said.

"Under such background, the unconstructive remarks by the Indian senior official (Gen Rawat) not only go against the consensus reached by the two heads of state but also do not conform to the efforts made by the two sides to improve and develop bilateral relations," Lu said.

The remarks "cannot help to preserve the tranquillity and peace at the border areas," he said.

Asked what were Gen Rawat's specific comments that China is taking exception to, Lu pointed to the Indian Army chief's remarks on Doklam wherein he said it is a disputed territory between Bhutan and China.

"I have made myself clear if the senior official according to the report referred to the Donglang - I think you are clear about our position - Donglang belongs to China and has always been in the effective jurisdiction of China," Lu asserted.

He reiterated China's stand that the Sikkim section of the India-China boundary has been delimited by the 1890 "historical convention" between the then British government and China, which Beijing claims settled the boundary in that particular section spanning to about 200 km.

China wants India to settle the boundary in that particular section based on the treaty while the two sides negotiated for a settlement for the rest of the LAC which spans about 3,488 km. So far the two sides have held 20 rounds of border talks to resolve the issue.

"Donglang is China's territory. China will continue to exercise its sovereignty rights in accordance with the historical convention and steadfastly uphold its territorial sovereignty," Lu said.

On its part, Bhutan had lodged a diplomatic protest with China when Chinese troops began building a road in the Doklam area in June. Indian troops had objected to the construction of the road resulting in a 73-day standoff. The standoff was resolved after Chinese troops stopped road building and India withdrew its troops from the area.

In an apparent reference to Gen Rawat's comment that Doklam is a disputed territory between Bhutan and China, Lu said, "the remarks of the Army chief mentioned by you once again showed that the illegal trespass of the Indian border troops is quite clear-cut in nature. Donglang belongs to China."

"We require the Indian military to learn lessons and abide by the historical convention and earnestly uphold the peace and tranquillity for the border areas and create a sound atmosphere for the political development of bilateral relations," he said.

On Gen Rawat's comments that China is exhorting pressure on India along the LAC, Lu said, "if he refers to the situation in whole India-China boundary, I have also said that last September the two heads of state have reached important consensus during the Xiamen (BRICS) summit".

"Both sides have maintained effective communication since then. The aim is to enhance strategic mutual trust and create enabling atmosphere for strategic communication. Recently, the bilateral relations have shown positive momentum." Lu said, referring to Chinese foreign minister Wang Yi's visit to India in December followed by the 20th round of border talks between National Security Adviser Ajit Doval and his Chinese counterpart Yang Jiechi.

"On such background, the official mentioned by you made such kind of remarks that go against the consensus of the states and do not conform to the general trend of improvement of bilateral relations. We believe such kinds of remarks are not conducive to maintaining peace and tranquillity in border areas," Lu said.

He did not directly respond to a question about Gen Rawat's earlier remarks about the major reduction of Chinese troops from the Dokalam area and reiterated China's stand that area belonged to China.

"China and India are important neighbours. They are both at the critical stage of the national development and rejuvenation. The two countries should enhance strategic communication and eliminate strategic doubt and conduct strategic cooperation," he said.

"We urge the Indian side to follow through on the important consensus of the two leaders to do more things to preserve peace and stability of the border area and refrain from doing things which may complicate the situation, constructively handle the relevant affairs and promote steady development of bilateral relations.

"This serves the common interest of the whole region and the interest o the Indian side," Lu added.