Even as telecom infrastructure has become increasingly robust and ubiquitous, public access to high-speed data is critical for connecting over 800 million Indians who still are not online. 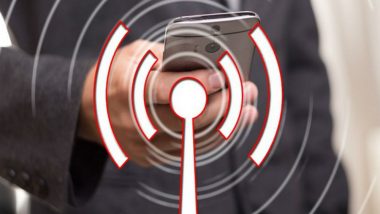 Kochi, July 29: Global networking giant Cisco in partnership with Google on Monday announced to roll out free high-speed Wi-Fi access globally, starting with India. The first pilot under the partnership has been rolled out at 35 locations in Bengaluru. Cisco` will work with Google's "Station Platform" to provide communities around the country access to a free public Wi-Fi. "We are committed to security. It will run on https environment -- the same environment in which you do online banking transactions," Sajith Sivanandan, Managing Director and Business Head, Google Pay and "Next Billion User Initiatives", India, told reporters here.

"The service will be supported by advertisements. We will think of more products to make the service commercially available". According to Cisco, the vision behind rolling out this device is that Internet should be a fundamental right in this country. Currently, about half a billion people in India are online, while 800 million are still not connected to the Internet. Free Internet in Delhi From April 1 to Be Provided by BJP Digital Raths as Part of General Elections 2019 Campaign, Here’s the Password.

Even as telecom infrastructure has become increasingly robust and ubiquitous, public access to high-speed data is critical for connecting over 800 million Indians who still are not online. Reliable and the high-speed public is a key building block to realising the potential of a truly digital economy, said the two companies.

By September this year, 200 locations in Bengaluru will be Wi-Fi enabled, followed by another 300 by in the second phase, Cisco said. The locations include public spaces like bus stops, hospitals and government offices, etc. "We are excited to partner with Google to bring free, open, high-quality internet access to everyone in India," said Sameer Garde, President, Cisco India and Saarc.

"This also represents a significant growth opportunity, the demand for public Wi-Fi hotspots is expected to go up by 100X over the next 3 years, creating new markets for Cisco and our partners," he added.

According to a TRAI report, globally, there is on Wi-Fi hotspot for every 150 people, and in India, eight million additional hotspots must be installed to achieve the same ratio -- creating new market opportunities for infrastructure providers and internet service providers.

India has only 52,000 Wi-Fi hotspots today, necessitating a proactive strategy to make high-speed Wi-Fi hotspots ubiquitous across the country. "It is an important partnership from the context of furthering the vision of Digital India, by making hi-speed public Wi-FI as pervasive as possible in congested city settings," Prabhu Ram, Head-Industry Intelligence Group, CyberMedia Research, told IANS.

(The above story first appeared on LatestLY on Jul 29, 2019 01:32 PM IST. For more news and updates on politics, world, sports, entertainment and lifestyle, log on to our website latestly.com).