Mohanlal on Tuesday suffered a rude jolt as two more members of the AMMA internal complaints committee quit, upset with the decision to accept actor Vijay Babu's letter that he wished to temporarily step down 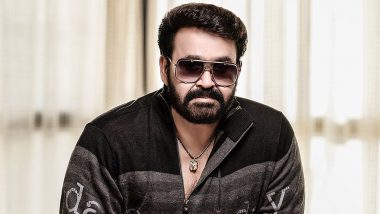 Superstar Mohanlal on Tuesday suffered a rude jolt as two more members of the AMMA internal complaints committee quit, upset with the decision to accept actor Vijay Babu's letter that he wished to temporarily step down from the panel after facing rape charges. Mohanlal is considered by many as the last word in the Malayalam actors' body Association of Malayalam Movie Artistes (AMMA). Mohanlal is the president of AMMA and is into his second term. Maala Parvathi Resigns From Internal Complaints Committee of Association of Malayalam Movie Artists.

On Monday, Mala Parvathy, a member of the internal complaint's committee (ICC) of AMMA, quit from the ICC, upset with the decision to accept actor and producer Vijay Babu's letter that he wished to temporarily step down from the committee after facing rape charges. Even though Parvathy had sounded that Swetha Menon (ICC committee chairperson) and another member Cuckoo Parameshweran would quit, which was shot down by AMMA vice-president Maniyan Pillai Raju, on Tuesday the news surfaced that both have quit. Puzhu Trailer: Mammootty’s Malayalam Thriller Explores a Troubled Father-Son Relationship; Film to Stream on SonyLIV from May 13 (Watch Video).

An AMMA member reacted by saying that Raju's loose talk about the resignation of Parvathy was like the way he normally speaks. "He did not speak in a manner befitting the post that he holds in AMMA," said the member who did not wished to be identified. Now only two are left in the ICC and it includes Rachana and an advocate from outside of AMMA, Anegha. The woman members who quit are deeply upset as they had given a recommendation after the ICC meeting on April 27 that as an FIR has been registered against Babu he should be sacked from the AMMA executive committee, but the male-dominated AMMA panel decided to accept the letter from Babu that he wished to step down voluntarily as he has an FIR registered against him.

Babu, who is facing rape charges, has allegedly fled to Dubai and the authorities are mulling steps to see if his passport can be cancelled, to get his custody to interrogate him. The police suspect that he is presently in the UAE. Meanwhile, the Kerala High Court after hearing his anticipatory bail plea on Friday, posted the case to be heard after the summer recess. Last week , the police issued a lookout notice for the actor in connection with the rape case, which means if he lands at any port of entry in the country, he could be arrested.

In his anticipatory bail petition, Babu had claimed that the actress was trying to blackmail him. The actor said he has all the evidence, including chat messages between him and the complainant, to prove his innocence and is ready to submit it before the court too. Babu, according to the police, is on the run after an actress, hailing from Kozhikode, filed a complaint in Ernakulam on April 22 that she was raped and beaten up by him a few times at a flat in Kochi.

Soon after the news surfaced, Babu appeared live on his social media handle last Wednesday, claiming that he was the "real victim" in this case, adding that he would take appropriate legal steps against the complainant, whom he also named. The police apart from her complaint, have registered a second case against the actor for disclosing the name of the complainant. The victim also alleged that the actor got her intoxicated before sexually abusing her.

(The above story first appeared on LatestLY on May 03, 2022 04:05 PM IST. For more news and updates on politics, world, sports, entertainment and lifestyle, log on to our website latestly.com).