"In the world, the leaders’ reigns for four years, and journalism governs forever and ever." The phrase above expresses brilliantly the power of journalism and its role in establishing an empowered society in which every class and organisation has a stake. 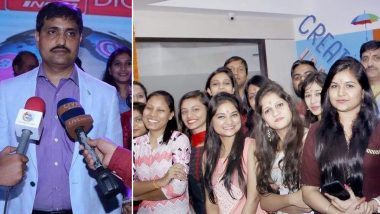 "In the world, the leaders’ reigns for four years, and journalism governs forever and ever." The phrase above expresses brilliantly the power of journalism and its role in establishing an empowered society in which every class and organisation has a stake.

With the same goal in mind and six years in existence, Quaint Media Consultant Private Limited is leading with its extraordinary work on touching rural lives and livelihoods to highlight the status of genuine India to its peers.

After leading from the front on several ground-breaking projects, the dedicated team at Quaint Media Consultation has taken on the mission to link Bihar citizens with their relatives in different parts of the country with Live Bihar. The channel was founded in 2016 to openly propagate the rich culture, political ups and downs, news from across the world relating to the state of Bihar, as well as have specific programming on women and Bihari food.

Quaint Media Consultant, headquartered in Sector 132, Noida, is a cutting-edge news organisation that has emerged with innovative journalism to empower the masses in India. With two nationally recognised news platforms, Live India and Live News, the organisation is headed by ace journalist Basant Jha, Director and Managing Editor, who conceptualised the concept of Live Bihar and is demonstrating its mettle across the country.

Live India, which was founded in 2015 by then-Union Ministers Ram Vilas Paswan and Najma Heptulla, aims to provide the most time-sensitive and crucial events with trustworthy and reputable journalism from their dedicated crew.

He began his path in the year 2000 with Dainik Jagran News Paper and has since scaled multiple pedestals of success, finally making it to the top. He is one of the country's most known journalism gurus, having reached the most backwards places with his presence.

Having spent a significant amount of time in the rural areas of Bihar and Jharkhand. He drove from town to village to gain a firsthand look at these states and the communities that may relocate to other states but keep their hearts in their states.

Basant Jha now dreams of replicating the same streak in Jharkhand and blessing its locals with enough reporting on its rich cultural history, living style, and life philosophy of the locals, tribals there, which is quite distinctive but something that has to be transmitted across the country.

"I got sensitive to the notion of delivering their immense cultural richness to individuals who link their hearts with these locations due to my numerous job assignments and continual curiosity to understand more about the rural life of some of the most underreported locations in the country." Stringers are deployed from the most basic levels up to the district level. We are inspired to maintain this trend in all of our endeavours so that news that is not reported by big national news networks and agencies reaches individuals whose hearts beat for Bihar and Jharkhand," adds the director and managing editor Basant Jha.

Live Bihar, their most recognised platform, has garnered several honours for its rigorous and objective reporting that reaches every nook and cranny of Bihar. Their remarkable social media work has been lauded by leaders of both the opposition and ruling parties, and it is due to their strong work ethic that their impressive social media work has been received extremely well by both leaders and civilians in Bihar.

Not only that, but Saroj Jha, Regional Director of the World Bank, referred to Live Bihar as a new communication revolution for Bihar because of their unparalleled efforts to reach out to the most marginalised parts of the population to unite all Biharis.