Scoot Airways flight TR 567 made an emergency landing around 3:40 am on Monday. 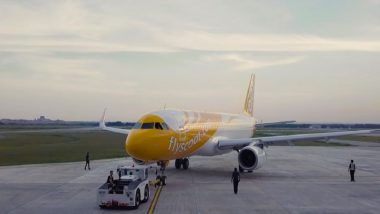 The pilots detected the 'spark' while the plane was still in the Indian airspace, the officials told PTI. Immediately, the pilots contacted the Chennai airport for an emergency landing. Permission was granted and firefighters were put on standby, they said. Air India Flight Lands at Jamnagar IAF Base After Passenger Suffers Cardiac Arrest.

All passengers were later safely disembarked and the flight was grounded at Chennai airport. Nobody was injured in the incident. The plane is expected to fly back to Singapore later in the day.

(The above story first appeared on LatestLY on May 20, 2019 10:20 AM IST. For more news and updates on politics, world, sports, entertainment and lifestyle, log on to our website latestly.com).