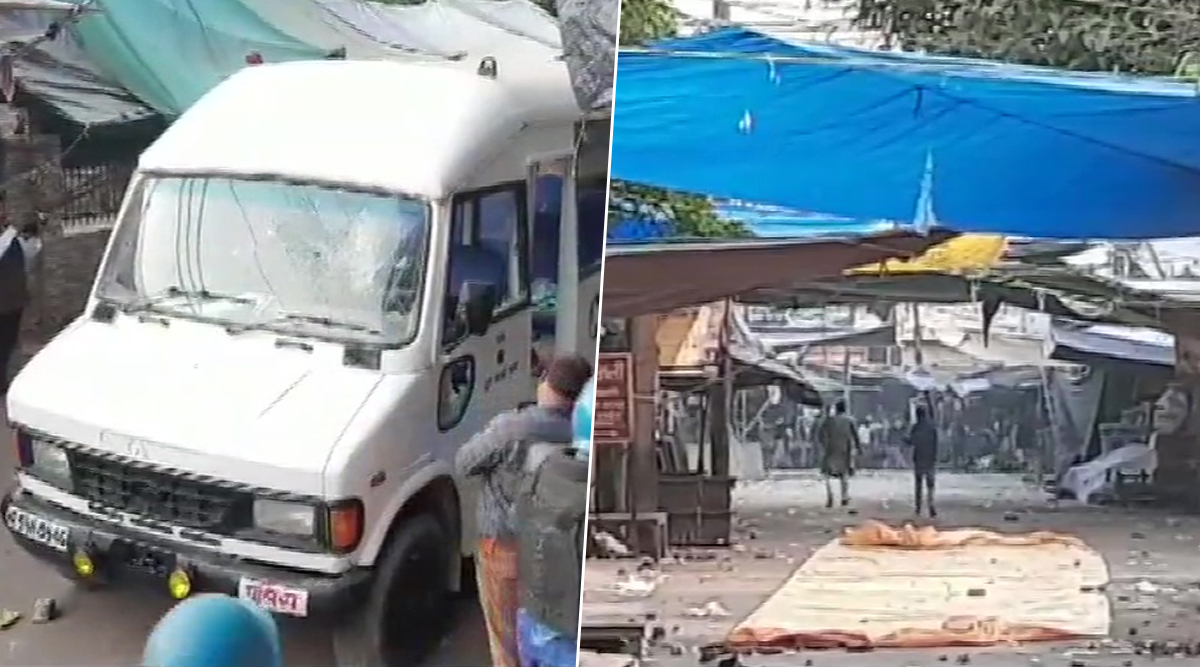 Aligarh, February 23: Clashes broke out between anti-CAA protesters and police in the Uparkot Kotwali area of Uttar Pradesh's Aligarh on late Sunday afternoon. According to reports, clashes erupted following incidents of arson and stone-pelting during which a police vehicle was vandalised. Cops responded with a lathi-charge and fired tear gas shells to disperse the mob. Subsequently, mobile internet was suspended for a six-hour period starting 6 pm. Similar reports came from a spot where some women protestors were holding a dharna since Saturday on the Mohamed Ali Road leading to the Kotwali police station with police trying to evict the protesters from there. Pro, Anti-CAA Protesters Clash, Pelt Stones Near Delhi's Jaffrabad; Police Fire Tear Gas Shells to Disperse Mob.

According to reports, the clashes broke out shortly after authorities stopped a Bhim Army-led march by hundreds of anti-CAA protesters from heading towards the district collectorate. The protesters then decided to another group of anti-CAA women protestors the Eidgah area who had been holding an indefinite dharna for the past three weeks. The protesters had taken out the march on a call by Bhim Army chief Chandrashekhar Azad. Soon after, violence broke out during which vehicles and public properties were damaged. Entry and Exit Gates Shut at Jaffrabad Metro Station as Women Stage Shaheen Bagh-Like Protest.

"Protestors pelted stones at police vehicles so cops had to resort to teargas to disperse them," Aligarh District Magistrate Chandra Bhushan Singh told news agency ANI. "Some women students from Aligarh Muslim University (AMU) are behind this. We are trying to identify them. We are ascertaining the damage caused by rioters and it will be recovered from them. The situation is under control now," he added. Aligarh SSP Rajmuni, who took over the charge as the district police only last night, was monitoring the situation arising out of the anti-CAA protests.

On Saturday, women protesting against the Citizenship Amendment Act at Aligarh's Delhi Gate area approached the police for permission to erect tents as protection from inclement weather. Permission had been denied and the irate women began an impromptu sit-in protest outside the Kotwali Police Station. Earlier today, police attempted to forcibly remove the women.