A record number of 95.38 per cent of total registered farmers have sold paddy in Chhattisgarh in Kharif marketing year 2020-21, thanks to farmer-friendly policies implemented Chhattisgarh under the leadership of Chief Minister Bhupesh Baghel and better system of paddy procurement at support price. 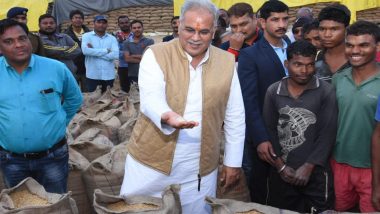 (The above story first appeared on LatestLY on Jan 30, 2021 04:13 PM IST. For more news and updates on politics, world, sports, entertainment and lifestyle, log on to our website latestly.com).