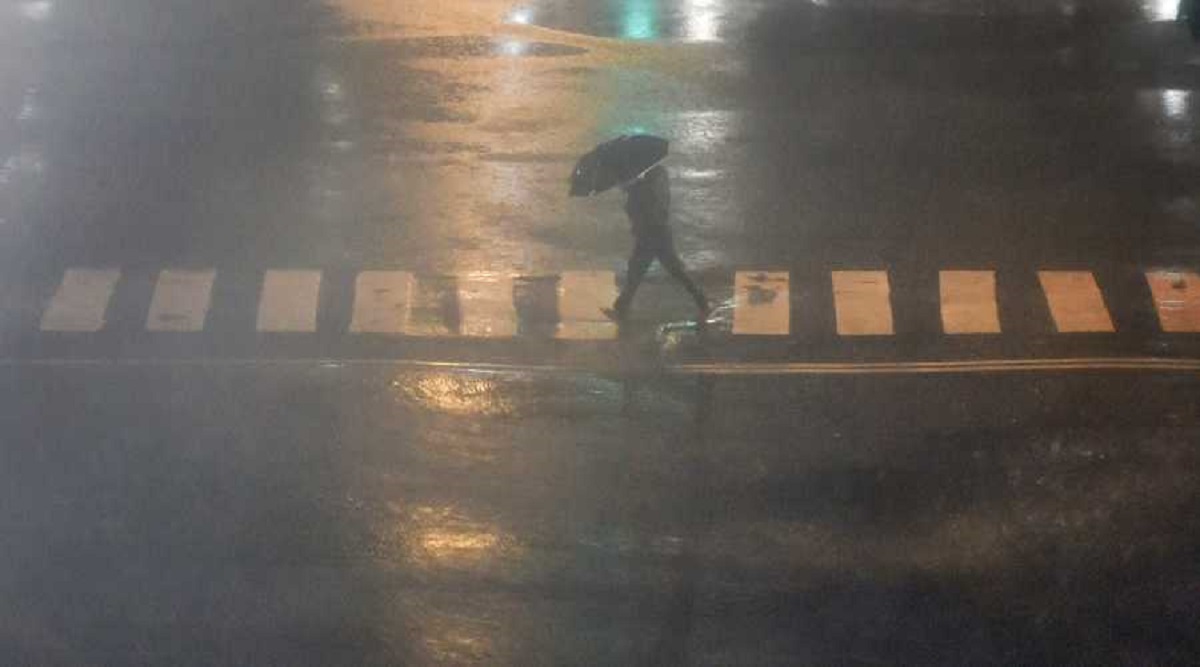 New Delhi, January 28: Heavy rainfall lashed parts of Delhi and National Capital Region (NCR) on Monday night, dropping the mercury levels even further. The overnight rains and thunderstorms in the national capital and its surrounding areas made the weather pleasant on Tuesday. The India Meteorological Department (IMD) has predicted that the temperature in Delhi is likely to dip in the next two to three days due to light rains. In its weather bulletin last week, the IMD had predicted isolated to scattered rain and thunderstorm on January 27 and scattered to fairly widespread rain accompanied by thunderstorm on January 28 and 29 over Punjab, Haryana, Chandigarh, Delhi, and Uttar Pradesh.

Resident of the national capital woke up to a cloudy morning on Tuesday as the national capital witnessed scattered rains in parts. The mercury level is set to dip in the coming days as winds gusting up to 25 kmph and light rains are expected. Also, as many as 14 trains were running late on Tuesday due to low visibility and other operational reasons in the Northern Railway region.

On Monday, Delhi witnessed a minimum temperature of 8.5 degrees Celsius, a notch above normal, while the maximum settled at 8.5 degrees Celsius. The overall Air Quality Index (AQI) during the day was 345, falling in the ‘very poor’ category.