The police have registered a case in connection with the murder of a 27-year-old man. He was allegedly shot dead by two assailants at an engagement function in Faridabad’s Tigaon allegedly over enmity regarding a criminal case lodged by a relative of the victim 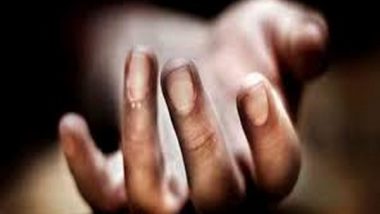 Gurgaon, January 18: The police have registered a case in connection with the murder of a 27-year-old man. He was allegedly shot dead by two assailants at an engagement function in Faridabad’s Tigaon allegedly over enmity regarding a criminal case lodged by a relative of the victim.

According to a report in The Indian Express, the victim has been identified as Kapil Adhana. It is reported that two youths reached the venue and entered into an altercation with him over a case booked against them by his kin. Sources said one of the accused pulled out a revolver and opened fire from a close range at Kapil as soon as he questioned them. The main reason behind the murder is reported to be the enmity over the registration of the case. The accused had been pressurising the family to withdraw the case.  Bihar Shocker: Minor Boy Arrested For Raping 4-Year-Old Girl in Muzaffarpur

An FIR was registered under section 302 (murder) of the IPC and relevant sections of The Arms Act at Tigaon police station Tuesday, police said. “Preliminary probe has found that there was enmity related to a case lodged by the victim’s family against the accused last month. Police teams are conducting raids to arrest the accused,” a senior police officer said.

The deceased, Kapil Adhana, is a resident of Tigaon village. In the police complaint, Kapil’s brother Satnam alleged that two men – identified as Sagar and Aakash – had barged into their nephew Sonu’s garment shop on December 6 on the pretext of shopping.

Aakash and Sagar assaulted our nephew and snatched Rs 3,500 from the shop. They also threatened to kill him. After the incident, we lodged an FIR at Tigaon police station. The accused had been threatening the family to withdraw the case since then,” said Satnam.   Jharkhand Shocker: Woman Set on Fire Over Witchcraft Suspicion in Simdega District, 6 Arrested

In the FIR, Satnam said, “When we were eating, Sagar and Aakash approached Kapil and Sonu. They threatened them to withdraw the police complaint. When Kapil refused, an argument ensued. Sagar pulled out a country-made gun and shot Kapil from a close range.”

The police said Kapil suffered a bullet wound and was rushed to a private hospital. “He succumbed on the way to the hospital,” the police officer added.

(The above story first appeared on LatestLY on Jan 18, 2022 05:10 PM IST. For more news and updates on politics, world, sports, entertainment and lifestyle, log on to our website latestly.com).