GST On Petroleum Products Only After Revenue Stabilises: Sushil Modi 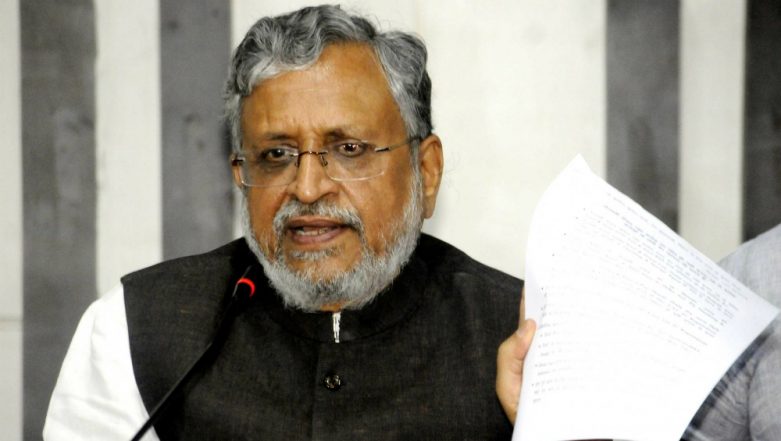 New Delhi, August 2: Bihar Deputy Chief Minister and GST Council's member Sushil Modi on Thursday said the Council can think of bringing the petroleum products under the new tax regime only after the monthly revenue target of Rs 1 lakh crore is achieved. He said there could be a "shortfall in revenue" in initial months as indirect tax rates on items are being lowered, but the revenue would increase in the long run due to more compliance.

Modi said the new indirect tax structure would be a "complete GST" only after petroleum products, stamp and electricity duty are included. He also said the way the GST is being "implemented successfully", "no states would be required any compensation after three years". "When you reduce the tax rates, there may be a shortfall in revenue for the next 3-4 months and sales remain comparatively lower during the monsoon season. But, in the long run, the revenue will gain because lowering the rates will lead to more compliance and people have a tendency to pay taxes when it is low. There will be better revenues as tax rates for more than 450 items were brought down," he said.

In a relief for common man, the GST Council in its last meeting reduced tax rates on over 50 items including refrigerators, washing machines and small televisions, which would now be taxed at 18 per cent, down from the current 28 per cent. "Our target is to get Rs 1 lakh crore per month," he said on the sidelines of an event organised by the Indirect Tax Committee of the Institute of Chartered Accountants of India.

Modi said there is "no guarantee" that the prices of petroleum products would come down if they are brought in the GST ambit. "No states would like to reduce revenue as they are earning 40 per cent of their revenue from petroleum products. Even if these products are brought under GST, the states will also be allowed to levy taxes over and above the GST rate as these are considered as sin goods," he said.

Elaborating further, he said: "Let the revenue stabilise. When we achieve the Rs 1 lakh crore (monthly) target, then only the GST Council can think of bringing petroleum products under GST. I do not see inclusion of these products in the tax regime in near future and it will take longer time, but ultimately, stamp duty, electricity duty and petroleum products have to come in GST." He also indicated that the GST Council's efforts would continue to bring more items, except some sin and luxury goods, from the 28 per cent slab and there is a possibility to create a new slab between 12 per cent and 18 per cent depending on the stabilisation of revenue.