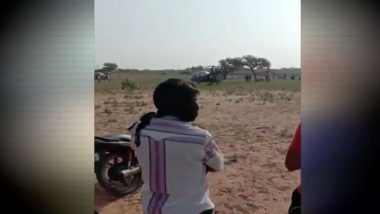 In another incident which took place in June, a helicopter of IAF made an emergency landing on a highway in Haryana.  The Cheetah helicopter was proceeding from Hindan to Halwara for a routine task. The helicopter after developing a technical snag and carried out precautionary landing on Eastern Peripheral Expressway.

(The above story first appeared on LatestLY on Oct 29, 2020 11:24 AM IST. For more news and updates on politics, world, sports, entertainment and lifestyle, log on to our website latestly.com).