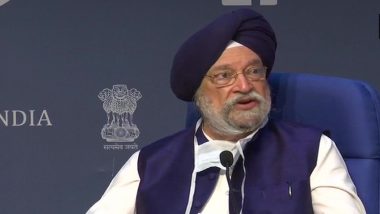 His remarks came after Congress lawmakers Ravinder Singh Bitta, Shashi Tharoor and Manicka Tagore accused the Centre of alleged inaction on the safety lapses that were red-flagged by the Directorate General of Civil Aviation (DGCA).

In his response, Puri stated the criticism was unfounded and based on assumptions. He further assured that the enquiry report, once submitted, would be released in public domain.

"We often find ourselves placed in circumstances, the response to which defines us. Some of my colleagues in the political system have raised queries regarding Kozhikode air accident without ascertaining facts," Puri said.

I would like to remind my colleagues that the aircraft involved in the incident at Kozhikode was a B-737-800 which is NOT a wide body aircraft. As far as wide body aircraft are concerned, DGCA had carried out a thorough assessment & prescribed comprehensive mitigation measures. pic.twitter.com/7jjQS3deAd

"I would advise all those who are looking for a few columns of media space that we should wait for the outcome of the statutory enquiry and then visit the issue with facts. Instant Civil Aviation Safety expertise by self- styled experts should better be avoided," he further added.

(The above story first appeared on LatestLY on Aug 08, 2020 10:30 PM IST. For more news and updates on politics, world, sports, entertainment and lifestyle, log on to our website latestly.com).