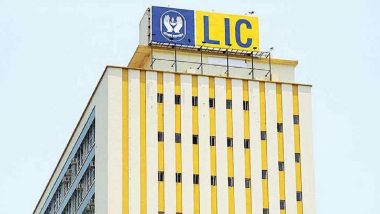 New Delhi, November 4: The Life Insurance Corporation (LIC) will be withdrawing nearly two dozen individual insurance schemes from November 30 this year. The decision to axe out these policies, which are highly popular among investors from the salaried class, is based on their non-compliance with the latest norms issued by the Insurance Regulatory and Development Authority (IRDA). LIC Allows Policyholders to Revive Lapsed Policies of Over 2 Years.

Among schemes which could be axed for new subscribers beginning November 30 include Jeevan Anand, Jeevan Umang, Jeevan Lakshya and Jeevan Labh, among others. Several other policies could be tweaked, including a possible reduction in the premium rates.

The re-adjustment of a number of individual insurance schemes is necessitated to bring them within the bandwidth of manageable risk, said a senior official from the IRDA.

Apart from LIC, other life insurance companies would also be axing out some of their lucrative policies, bringing the total number of discontinued schemes to 75-80, he claimed.

The state-run LIC, which so far holds the maximum market share in the life insurance sector, would be relaunching the modified versions of its IRDA-violative schemes in the next few months. The policies would be modified as per the new norms and reintroduced, said LIC Chairman MR Kumar.

The new IRDA rules, issued in July 8 this year, have barred the insurance companies from rolling out policies which could be unsustainable in the long-run. Although a section of the customers would be irked by the discontinuation of the lucrative schemes, the IRDA has defended its regulatory action, claiming that have been formulated to safeguard the interest of consumers and curb "mis-selling" of the policies.

(The above story first appeared on LatestLY on Nov 04, 2019 09:49 PM IST. For more news and updates on politics, world, sports, entertainment and lifestyle, log on to our website latestly.com).