A 50-year-old man was arrested by the Model Town police for allegedly raping his two daughters – aged 24 and 18. 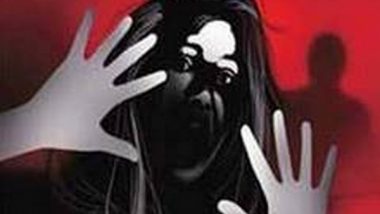 Ludhiana, May 12: A 50-year-old man was arrested by the Model Town police for allegedly raping his two daughters – aged 24 and 18.

The 48-year-old mother of the victims, who is a resident of Abdullapur, in her complaint stated that she has five daughters, out of which two are married, one is 18-years-old and other two are minors, Reported Hindustan Times.

She stated that a few months ago, she had caught her husband raping her 24-year-old daughter and threatened to lodge a complaint against him. He had promised that he will not repeat it and she did not go through with it. Later, her daughter got married and she assumed that the situation will settle down. Telangana Shocker: Man Rapes Tribal Woman After She Dies While Resisting His Sexual Assault in Choutuppal Near Hyderabad

The woman added that over the past few months, she had noticed a change in her 18-year-old’s behaviour and she had stopped talking to them. “I had asked her what the issue was several times, but she never shared anything with me. I had gone out of station to take care of my other daughter, who was pregnant, and that is when she told my sister that her father had raped her,” she said. Andhra Pradesh Shocker: Minor Dalit Girl Gang-Raped for Months, Impregnated; Investigation Underway

“When I talked to my husband, he started threatening me, following which I lodged a complaint against him,” she added.

ASI Avtar Singh, who is investigating the case, said that immediately after receiving the complaint, police lodged an FIR under Sections 376 (2) F, 376A and 506 of IPC and arrested him.

(The above story first appeared on LatestLY on May 12, 2022 10:57 PM IST. For more news and updates on politics, world, sports, entertainment and lifestyle, log on to our website latestly.com).