The serial bomb blasts outside a cemetery near Hamidia mosque at Malegaon near Nashik on September 8, 2006, claimed 37 lives and injured over 100 people. 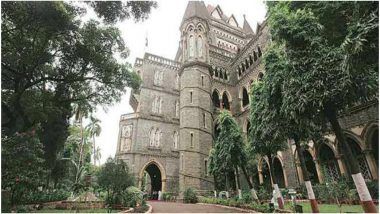 Mumbai, June 14: The Bombay High Court on Friday granted bail to four accused in the 2006 Malegaon blasts case. A division bench of Justices I A Mahanty and A M Badar granted bail to Dhan Singh, Lokesh Sharma, Manohar Narwaria and Rajendra Chaudhary. "The petitions are allowed. The applicants shall be released on cash bail of Rs 50,000. They shall attend the special court on each day during the trial and shall not tamper with evidence or contact witnesses," the bench said.

The four, who are in jail since their arrest in 2013, had approached the high court in 2016 after a special court rejected their bail pleas in June that year. The serial bomb blasts outside a cemetery near Hamidia mosque at Malegaon near Nashik on September 8, 2006, claimed 37 lives and injured over 100 people. Malegaon Blast Case: Pragya Singh Thakur Hospitalised, Fails to Appear Before Court.

The Maharashtra's Anti Terrorism Squad (ATS), which first probed the case, had initially arrested nine accused from the minority community. The case was later handed over to the CBI, which followed the same line of investigation. When the probe was taken over by the National Investigation Agency (NIA) later, it concluded that the blasts were carried out by people belonging to the majority community.

The NIA decided to drop charges against the nine accused and booked Singh, Sharma, Narwaria and Chaudhary. The special trial court in 2016 accepted the NIA's stand and discharged the nine accused.

Apart from seeking bail, Singh and others had challenged the discharge of the nine men. The four accused also challenged the special court's order rejecting their own applications seeking discharge. Those appeals will be heard by the high court at a later stage.