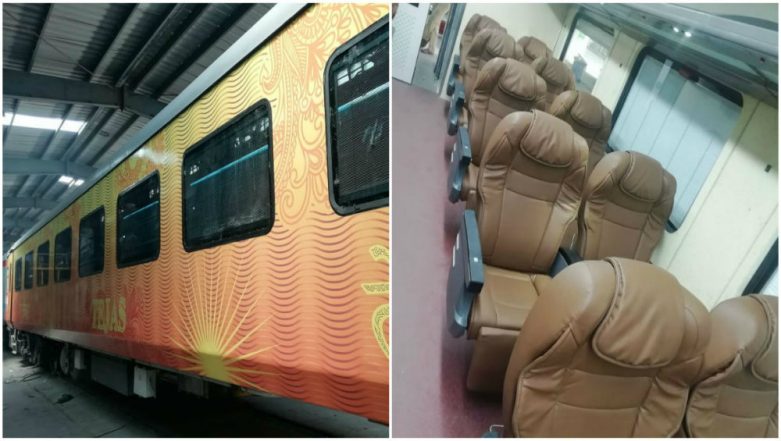 Chennai November 30: The first set of Tejas coaches manufactured by the Integral Coach Factory (ICF) of the Indian Railways will be flagged off in Chennai on Friday. The 'swanky' coaches will be inaugurated by seniors railways officials at the ICF Furnishing Division, Chennai, later in the day.

Unlike the earlier Tejas coaches where seats are large to accommodate the audio-visual display, the new coaches have normal sized seats with audio-visual display units well fitted behind every seat, without compromising on the aesthetics of the interiors.

Apart from this, the coaches have FRP interior panels, ergonomic seats, smart windows with motor operated Venetian blinds, onboard infotainment with Live TV, Audio, Video, etc and GPS based passenger information system. Recently, ICF had successfully conducted the trial-run for the 16-bogie metro-like train, called Train 18. The train-set was manufactured by the ICF within a record time of 18 months.