Nirbhaya Case: 'Either Convicts Trying to Delay Execution or Our System is Blind', Says Asha Devi Amid Doubts Over January 22 Execution 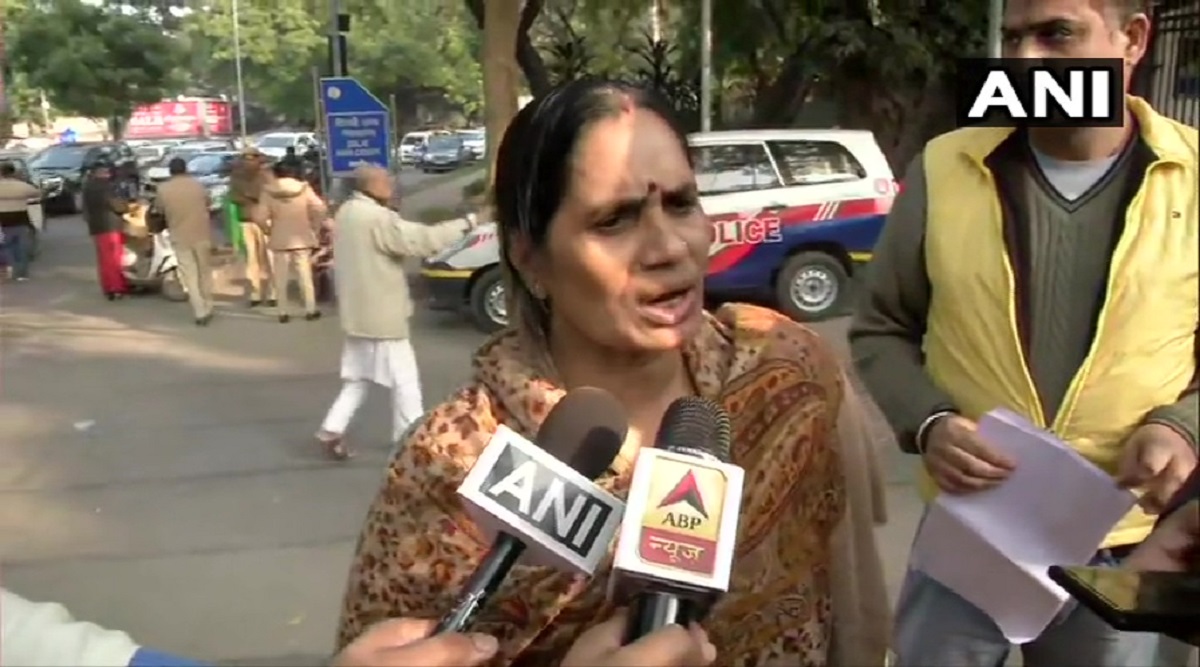 New Delhi, January 15: Asha Devi, mother of the brutal gangrape-murder victim, marked her dissent after the government counsel informed the court that the execution of convicts may get delayed. Devi, who has led a relentless judicial struggle over the last seven years, said either the convicts are deliberately trying to delay their punishment or the system is exhibiting apathy towards the victim. Nirbhaya Case: Delhi HC Dismisses Plea of Mukesh Singh Against 'Death Warrant' Issued by Trial Court.

Devi's remarks came shortly after the Delhi High Court heard a plea filed by convict Mukesh Singh seeking a stay on the death warrant issued by a lower court. Singh, in his plea, said that the execution cannot be carried out as his mercy petition before President Ramnath Kovind is still pending.

The bench of Justices Manmohan and Sangita Dhingra Sehgal refused to set aside the death warrant, but asked the convict's counsel to move a plea before the trial court, asking it to revisit the issuance of death warrant as the petition before the President is still pending.

Asha Devi, mother of 2012 Delhi gang-rape victim: Either lawyers of the convicts are trying to delay execution or our system is blind & is supporting criminals. I'm struggling since 7 years. Instead of asking me, you should ask the govt if convicts will be hanged on Jan 22 or not https://t.co/f1T8QBZMVo pic.twitter.com/3hgAPcwUYY

"Either lawyers of the convicts are trying to delay execution or our system is blind and is supporting criminals. I'm struggling since 7 years. Instead of asking me, you should ask the government if convicts will be hanged on January 22 or not," Devi said.

According to Tihar jail officials, a convict has to be served a 14-day notice before his execution. The notice is issued only after all his legal remedies, including the mercy plea before President, are exhausted. While Mukesh has already moved the petition before Rashtrapati Bhawan, his co-convicts are yet to seek mercy.