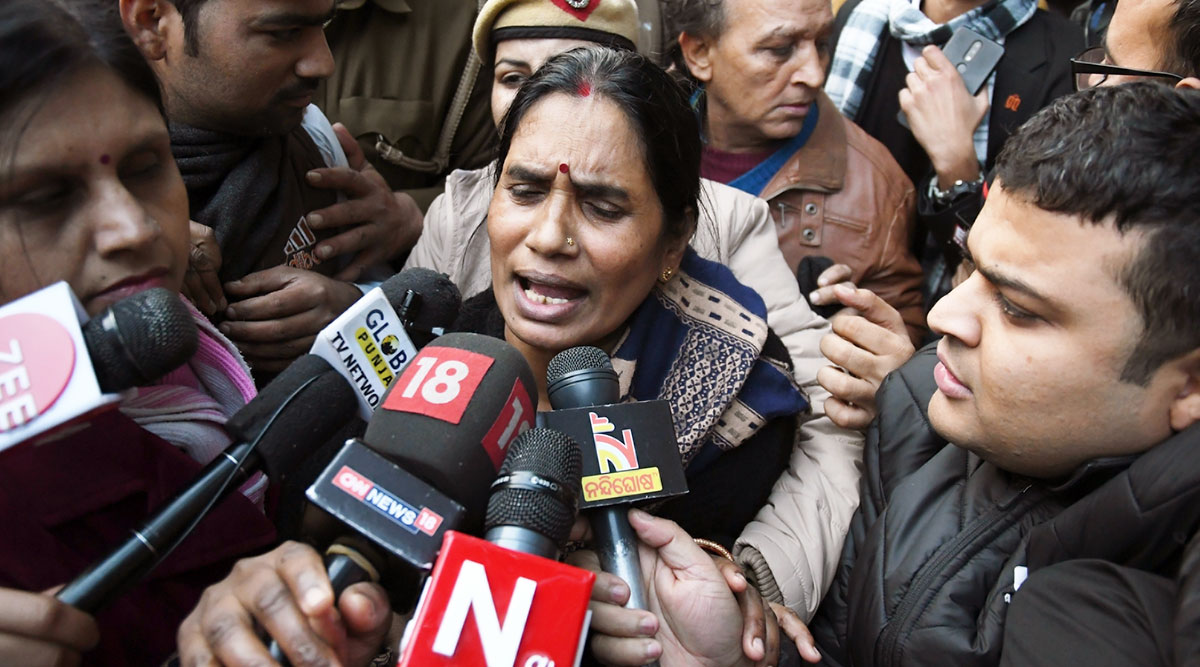 New Delhi, February 17: As the court battle over the hanging of four convicts in the 2012 Nirbhaya case continues, Asha Devi, mother of 2012 Delhi gang-rape victim, expressed disappointment over the delay by the Court in issuing the death warrant. According to a tweet by ANI, the victim's mother said that the lawyers of the convicts have been using new tactics every time to delay the execution. "Several dates of court hearing have come and gone but fresh death warrants haven't been issued yet. But we go with new hope in every hearing. Their lawyers use new tactics everyday, I can't say what will happen today but I'm hopeful", Asha Devi said. Nirbhaya Case: Victim's Mother Breaks Down During Court Hearing, Says 'I Am Losing Faith & Hope Now, Please Issue the Death Warrant'.

The Court is set to hear the hearing in the case on Monday, February 17. Earlier, the case was  adjourned by Additional Sessions Judge Dharmendra Rana till February 17 as the top Court had to pronounce its judgment on convict Vinay Sharma's petition against rejection of his mercy plea on February 14. The  Court dismissed the plea of Sharma, one of the four death row convicts in the case, challenging the rejection of his mercy petition by the President.

Asha Devi, Mother of 2012 Delhi gang-rape victim: Several dates (of court hearing) have come&gone but fresh death warrants haven't been issued yet. But we go with new hope in every hearing. Their lawyers use new tactics everyday, I can't say what will happen today but I'm hopeful pic.twitter.com/2y7fC1qmH1

Earlier on January 31, the trial court had stayed "till further orders" execution of the four convicts in the case -- Mukesh Kumar Singh (32), Pawan Gupta (25), Vinay Kumar Sharma (26) and Akshay Kumar (31), who are lodged in Tihar Jail.  Nirbhaya Case Timeline: Chronology of Events in the 2012 Gangrape and Murder Case.

The 23-year-old girl, who was later known as 'Nirbhaya' (fearless), was gang-raped and brutally assaulted on the night of December 16, 2012. The horrific incident took place in a moving bus in south Delhi, following which she succumbed to her injuries later in a Singapore hospital.