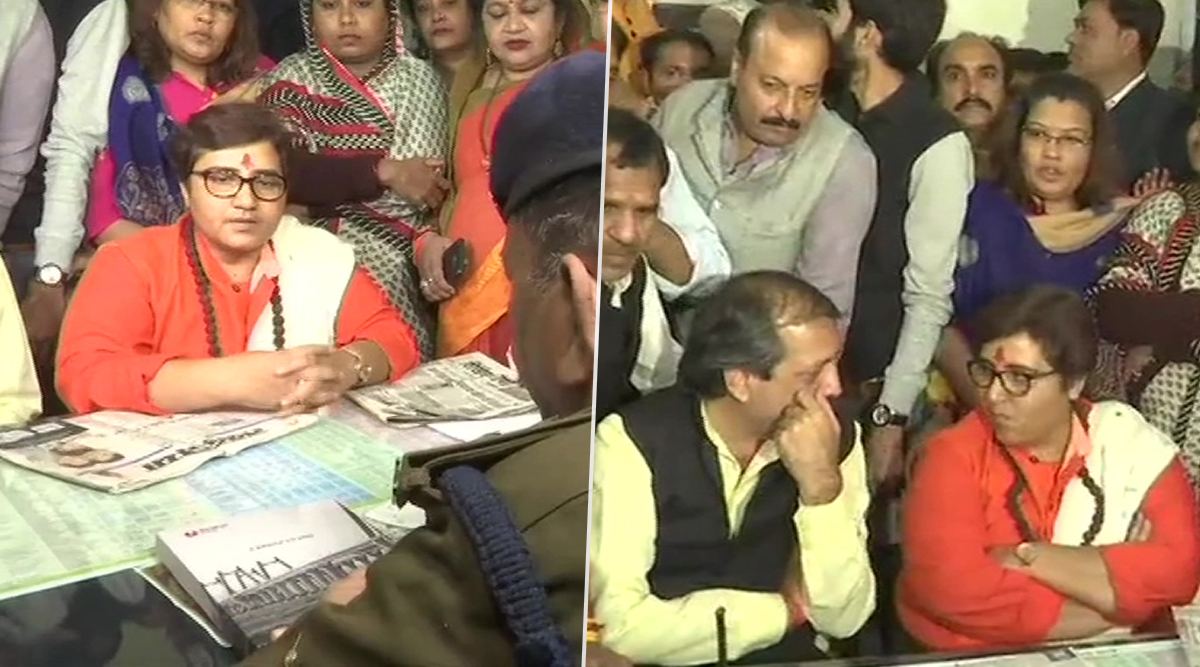 The Congress MLA from Biaora in Rajgarh district said he firmly believes in Gandhian principle of non-violence. After staging a protest at Biaora, about 115 km from Bhopal, on Thursday against Thakur's comment in the Lok Sabha, Dangi told reporters, "Nothing can be more disgusting than praising Mahatma Gandhis assassin. We criticised her...not only burnt her effigy but if she comes here we will burn her too," said the MLA, whose statement went viral on social media. Rahul Gandhi Hits Out at 'Terrorist' Pragya Singh Thakur For Calling Nathuram Godse 'Patriot'.

Pragya Singh Thakur reached a police station in Bhopal on Saturday and demanded that a case be filed against Dangi. She sat on a dharna when the police allegedly refused to file her case.Govardhan Dangi, Congress MLA From Madhya Pardesh, Threatens to Burn Pragya Singh Thakur Alive For Her 'Deshbhakt Godse' Remark (Watch Video).

BJP MP Pragya Thakur sits on dharna outside police station in Bhopal, says, "I am waiting here since 2 hours, but police is not ready to file my complaint against Govardhan Dangi (Congress MLA from Rajgarh's Biaora)." pic.twitter.com/B9oZLwVtHH

The Bhopal MP on Friday tendered an apology in the Lok Sabha, but said her remarks on Godse have been twisted. She said her comments were in a different context. During the Lok Sabha election campaign, Thakur, an accused in the 2008 Malegaon bomb blast case, had kicked up a row by describing Godse as a "patriot". She later apologised for her comment.