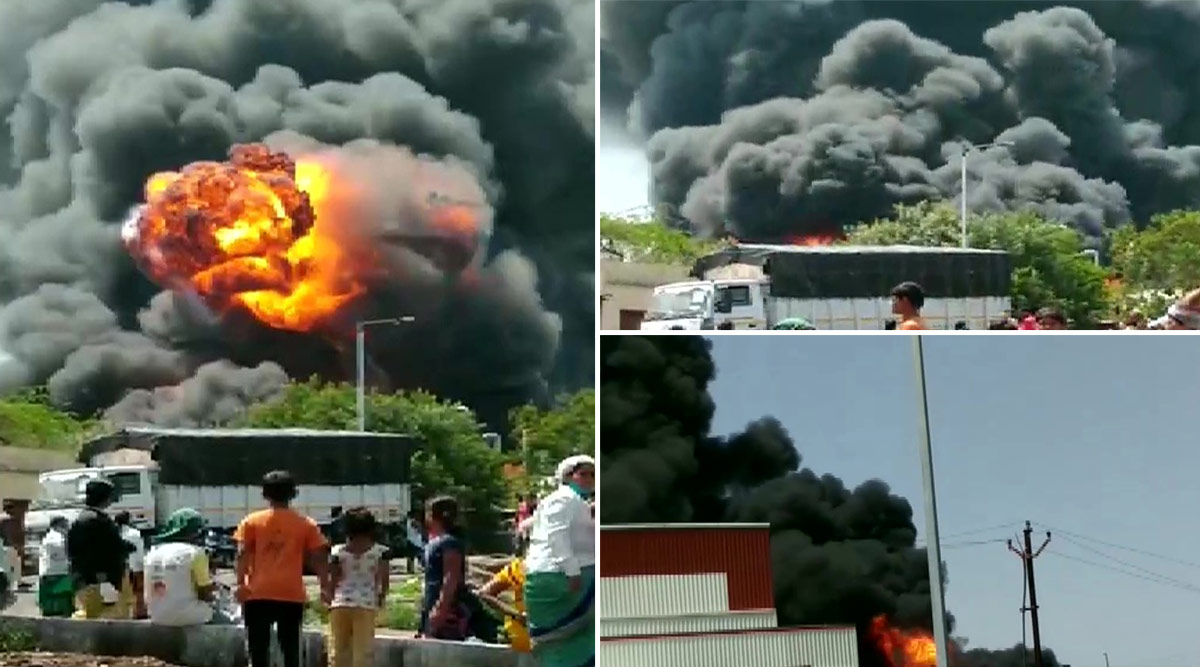 Pune, May 22:  A massive fire engulfed a MIDC area in Maharashtra's Pune on Friday. According to a tweet by ANI, the blaze broke out at a chemical factory in Kurkumbh MIDC area. As soon as the incident was reported, six fire tenders from the Pune fire brigade were pressed into service to douse the fire.

No causalities or damage to property have been reported so far. According to the pictures tweeted by ANI, the blaze looks massive. People were seen in large numbers outside the chemical factory soon after the fire broke out at the factory. Thick black smoke was seen billowing from the factory. More details awaited. Thick Smoke Emanates from Hindustan Petroleum Corp Ltd Refinery in Vizag, HPCL PRO Says 'Situation Under Control'; Watch Video.

Pune: Fire broke out at a chemical factory in Kurkumbh MIDC area. Five fire tenders have been rushed to the spot. More details awaited. #Maharashtra pic.twitter.com/fLq1rxuSAX

In the last month, a major fire had destroyed a three-storey godown of waste papers at the Marketyard area in Pune. No one sustained burns in the incident.

Following the tragic Vizag Polymers' plant gas leak, which killed 12 people earlier this month, the government had issued fresh "guidelines for restarting manufacturing industries after lockdown" in the country. The Centre advised industries not to try to achieve high production targets in the beginning and consider the first week as the trial or test run period to minimise the risk.