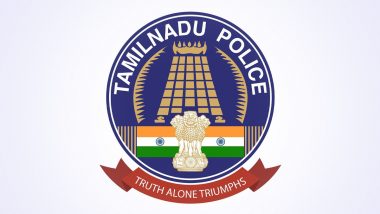 Chennai, June 20: The Cuddalore district police have launched a round-the-clock helpline for women and the aged.

Tamil Nadu Police in a statement said that this helpline initiative launched by the Cuddalore police will be a model for the state and would be extended to other districts in due course. Centre Asks TV Channels To Promote Awareness About 4 National COVID-19 Helpline Numbers.

The district police Superintendent while speaking to IANS said, "We have launched this initiative for women and the aged to start with and those in need can contact the police 24 X 365. Women and aged can register their complaints in these helpline numbers which will help the police act swiftly." He added, "These Whatsapp numbers are directly linked to the District control room and will be monitored by the District Superintendent's office directly".

Police are of the opinion that several women, who are facing abuse at the workplace and even at home, are reluctant to lodge a complaint by reaching the police station and filing a case but the helpline numbers would remove the bottleneck of reaching the station and lodging the physical complaint.

Cuddalore district Police Superintendent said, "The name and other details of the complainant will be kept confidential and this is to encourage more people to lodge complaints without fear of relatives, office colleagues, or even neighbours."

Police is also ensuring that this is a parallel channel to reach out to the SP directly instead of the routine route of through the local police stations.

(The above story first appeared on LatestLY on Jun 20, 2021 12:32 PM IST. For more news and updates on politics, world, sports, entertainment and lifestyle, log on to our website latestly.com).