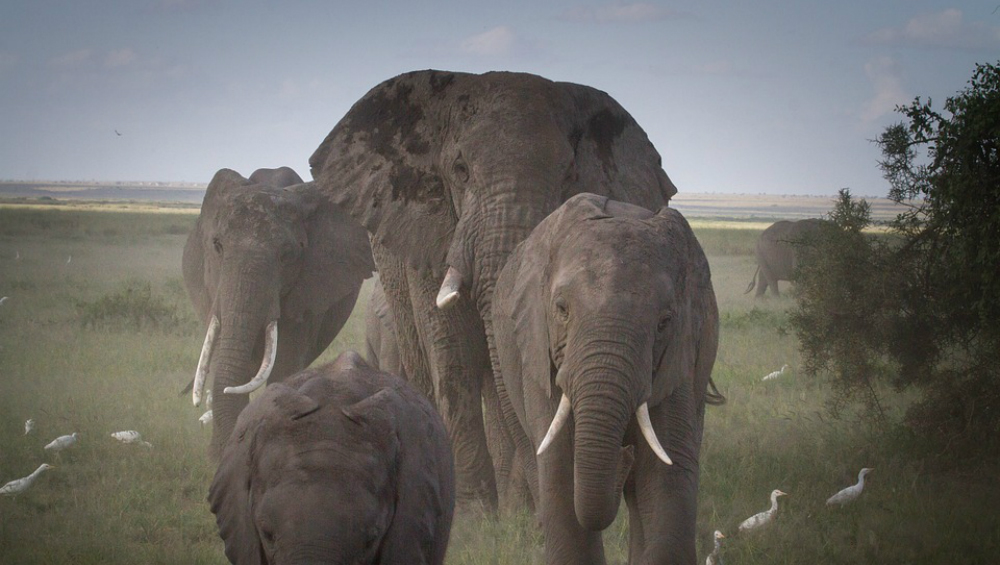 Dehradun, October 17: After the Uttarakhand High Court banned the practice of using red chillies and chilli bombs to drive away the elephants, the local people are at their wit's end now. Sackfuls of chilli powder and chilli bombs were used by people living on the outskirts of the 11 elephant corridors in the state to shoo away elephants and reduce man-animal conflict in the region. However, the High Court put a stop to this on Tuesday. Lazy Elephant Blocks Traffic by Sleeping in the Middle of Road in Thailand, Watch Video of Jumbo Taking Nap!.

The elephants from Nepal, as well as the Terai region in Uttar Pradesh, travel to Ramnagar, Corbett and the Kosi river, crossing the patch of the National Highway 121 along which the three elephant corridors -- Kota, Chilkiya - Kota, and South Patlidun - Chilkiya are located. With increasing human population, the corridors have shrunk over the years, bringing the elephants closer to human habitats.

"The elephants do not come back for a week or so. For the past few years there has been an increase in the elephant population in the area and the animals not only destroy our crops, but also attack people. We have no option but to use chilli powder because the government is doing nothing," said Ramesh Tiwari, a resident of Nandpur village.

He admitted that the use of chilli against the elephants was the 'cheapest and safest option because it did not kill the animal.' Most of the farmers in the region plant sugarcane which, in turn, attracts the elephants.

In the past one year, there have been over 20 incidents of elephants attacking people. However, a Public Interest litigation (PIL) was recently filed by a Noida based non-government organisation called 'Independent Medical Initiative Society'.

The petition alleged that the forest department, instead of controlling the human activities on the road passing through these elephant corridors, is trying to control the elephants' movement by allowing cruel means such as feeding chilli powder-filled flour balls to the wild elephants, putting chilli powder-filled bags on the edge of the road and by firing shots and burning firecrackers to keep them away from the road passing through the elephant corridor.

Dushyant Mainali, the counsel for the petitioner, said: "The division bench of Chief Justice Ramesh Ranganathan and Justice Alok Kumar Verma has banned the use of chilli powder and any other such cruel means against the elephants. The court has also issued directives to the Union Ministry of Environment, Forest and Climate Change. The Ministry has been directed to file the reply within two weeks."

The petitioner told the court that the "disappointment and frustration due to difficulties in crossing the corridor, are changing the behaviour of elephants in the entire area. The chief reason of concern is the changing behaviour of the baby elephants, which are becoming aggressive day by day and have been found to be involved in most of the incidents of charging."

According to reports, the corridors are also facing the threat from sand mining in nearby areas, and also a large number of resorts have come up which have increased the traffic flow through the river corridor, thereby disturbing the elephants. Video of Clumsy Baby Elephant Chasing Dogs Is Your Today’s Serving of Utter Cuteness!

The petition claimed that in the past one year there has been tremendous rise in the human-elephant conflict in the corridors passing on the edge of Corbett National Park and especially on the patch of the Mohaan-Ramnagar Road which is part of NH-121.

Wildlife expert S. R. Rahi said that an elephant requires about 225 litres of water per day and for this the herd of the wild elephants have to travel towards river Kosi and mostly in the night time when it is believed to be safe for them to cross the corridors, but now they are facing the wrath of fast-moving vehicles even during the night time.

The three major elephant corridors of Golapar, Fatehpur-Lamachaur and Lalkuan near Haldwani have seen mushrooming of human settlements, thus reducing the age-old path of the elephants.

The Surai-Kilpura elephant corridor near Khatima is also witnessing an increase of human settlement. Three of these corridors adjoining the Ramnagar-Mohaan border include 27 kms of highway.

The elephant corridor in Dhikuli area has more than 150 commercial constructions due to which it is completely blocked. Construction in the Mohaan area and vehicular traffic during the night time is hampering the elephants from reaching the Kosi River. Elephant Gropes Model at South Carolina Safari Park, Video of the Pachyderm Trying to Rip Off Woman's Bikini Goes Viral.

Marriages, parties and the noise generated at commercial buildings and resorts at night is also causing disturbance to the wild animals. Instead of preventing human interference in the forest areas, the forest department is allowing chilli powder and crackers to prevent the pachyderm from coming onto the highway.

"There are 11 functional corridors in Uttarakhand, but human activities are increasing around the age-old corridors. Elephants are distance migratory animal with sharp memory and if someone attacks them, they remember to return the attack," said Rahi.