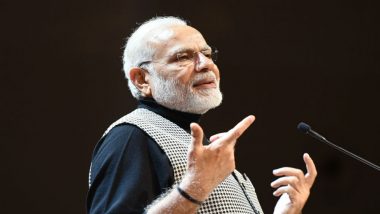 New Delhi, May 14: The Modi government hasn't scored too well on farmers issues, jobs and prices of essential commodities at the end of its four years in power, according to an online survey that also found a substantial number of people calling its performance "below expectations".

The survey done by LocalCircles, a community social media platform, says that 43 per cent of those who participated in the poll rated the government as performing below expectations, 29 per cent rated it as meeting them and 28 per cent said the government was "exceeding expectations.

"Most performance parameters (of the government) show a decline over time as the gap between expectations set and impact on daily life rises," according to the survey done with over 62,000 citizens from over 250 districts across the country. Thirty-five per cent respondents were females.

According to LocalCircles, each person who voted in the survey is registered with the portal with their detailed information and in many cases, they shared their residential address.

The respondents have rated the government low on reducing crime against women and children, generating employment, improving farmers life, lowering cost of living and healthcare, the survey says.

According to the poll, around 32 per cent respondents feel that crime against women and children have reduced in the last four years while 58 per cent feel otherwise.

In the area of healthcare, only 32 per cent respondents believe that facilities and services have improved in the last four years whereas 62 per cent say no it has not.

The respondents were asked if sufficient new infrastructure development -- roads, power, irrigation, broadband -- had taken place in the last four years "Approximately 65 per cent said yes while 29 per cent said no."

Around 49 per cent respondents believe that corruption in India has reduced in the last four years while 44 per cent believe it has not reduced.  Asked if they felt India's image had improved, 82 per cent said yes while 13 per cent said no.

Respondents were also asked if they approved the way Indian Government had handled the perpetual conflict on the borders and relations with Pakistan in the last four years.

(The above story first appeared on LatestLY on May 14, 2018 04:10 PM IST. For more news and updates on politics, world, sports, entertainment and lifestyle, log on to our website latestly.com).