Pawan Express: Dispute Over Seat, Man Stabbed to Death Inside Train in Bihar 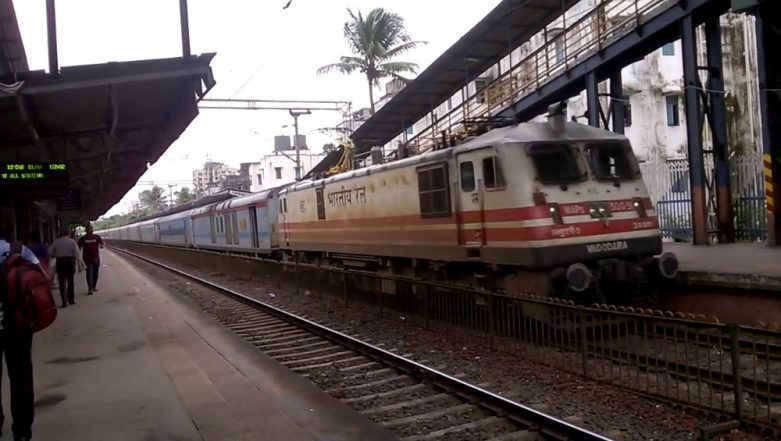 Chhapra(Bihar), June 22: A man was allegedly stabbed to death by a co-passenger over a dispute regarding a seat in Pawan Express train here in the wee hours of Friday. His body was found near the toilet inside the train."The victim, who hails from Darbhanga in Bihar, was stabbed after they had a tussle over a seat in a general compartment in Pawan Express on Friday," Sanjeet Kumar, Assistant Sub-inspector (ASI) of Government Railway Police (GRP), told ANI. Mumbai-bound Pawan Express Train Hits Dead End at LTT Station; None Hurt.

According to the victim's brother, the accused boarded the train and he forcefully asked the deceased for a seat in the train. "After they had an argument, police took hold of the accused of creating disturbance inside the train.

Later, someone informed that he was stabbed and we found his body lying on the floor next to the washroom," he added. The victim along with his brother and relatives was travelling to Mumbai from Bihar.