Assembly Elections 2019: No Reaction From Rahul Gandhi on Poll Results So Far 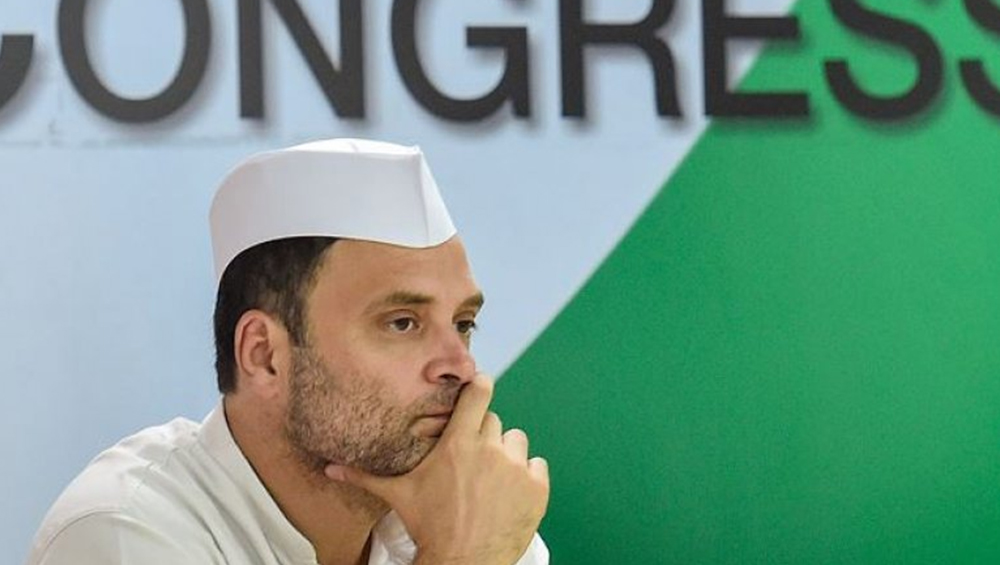 New Delhi, October 25: The results of the two states are out and the Congress has improved its tally. All have spoken about the results, but Rahul Gandhi is yet to react.

Sonia Gandhi has spoken to former chief minister Bhupinder Singh Hooda. Priyanka Gandhi in Rae bareli said she is happy with the results. But, former Congress President Rahul Gandhi did not give any reaction. His twitter is silent on this issue. Last, he tweeted was on October 23 on the issue of the merger of MTNL and BSNL.

While he met Sonia Gandhi on Thursday evening to discuss the results. He also met D.K. Shivakumar at 10 Janpath who is on bail.

Rahul Gandhi is the only Gandhi scion who campaigned in the elections. A party leader said that the results are encouraging as public mood seems to be changing, but may be Rahul Gandhi is a bit cautious this time.

The results may impact the internal functioning of the party. In the elections, it was witnessed that veterans led the fight while the younger generation remained aloof and in some cases even became hostile. Ashok Tanwar left the party in Haryana, Milind Deora was in hibernation, while Deora congratulated Pawar and Hooda, but he was not active in the Maharashtra Assembly elections.