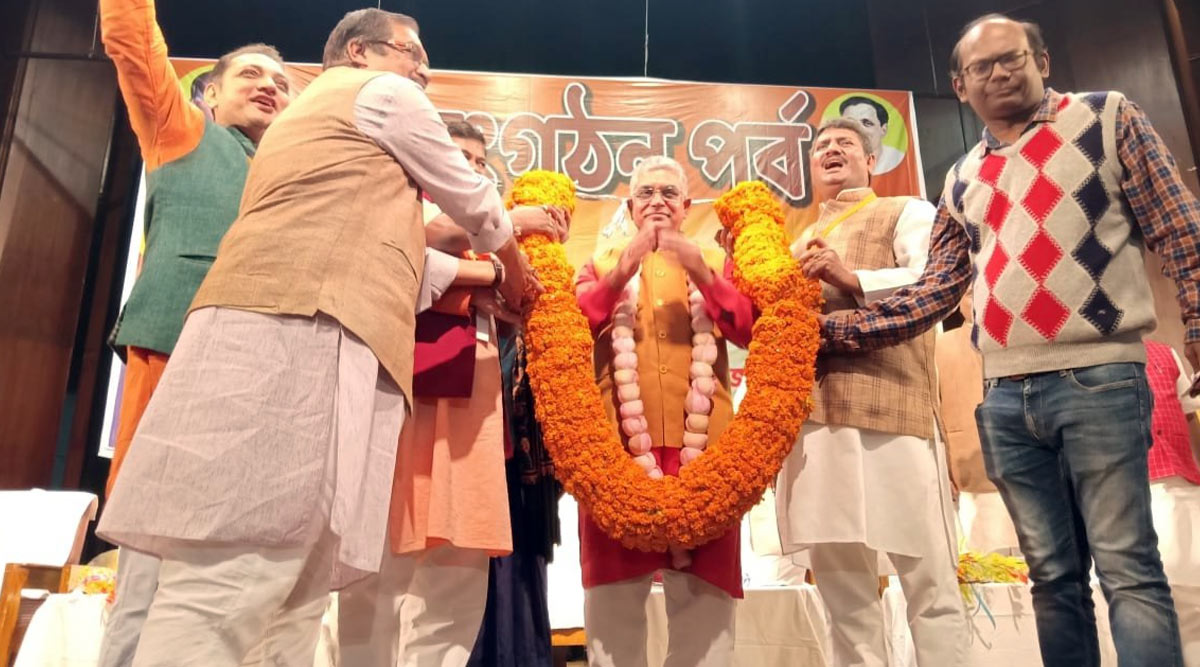 Kolkata, January 16: West Bengal BJP president Dilip Ghosh was re-elected as the party unit chief for second term in the state on Thursday. Ghosh, who was appointed to the post in December 2015, has been continuing as state president even after completion of his term in December 2018, due to the Lok Sabha elections last year. Dilip Ghosh Lands in Row, FIR Lodged Against Bengal BJP Chief For 'Shot Them Like Dogs' Remark Against Anti-CAA Protesters.

Earlier on Wednesday, Ghosh was the only person to have filed nomination for the post of state president. The deadline was till 6 pm. A state council meeting was convened on Thursday, where the president will be elected, they said. Mamata Banerjee Hits Out at Dilip Ghosh's 'Shoot Them Like Dog' Remark, Says 'West Bengal Isn't Uttar Pradesh'.

Dilip Ghosh, has been re-elected as the President of BJP's West Bengal unit for the term 2020-2023. pic.twitter.com/ZPcZyvd8Ki

"I was appointed as state president in 2015 till 2018. But, I got a one-year extension. I will carry out whatever task the party leadership entrusts on me," Ghosh told reporters. Dilip Ghosh Blames Muslim Infiltrators of Sabotaging Interests of Hindu Bengalis.

During Ghosh's tenure as state president, the BJP witnessed a metoric rise in the political landscape of West Bengal, bagging 18 out of the 42 parliamentary seats in the state. However, the leader is often mired in controversy due to his comments and views of various issues.