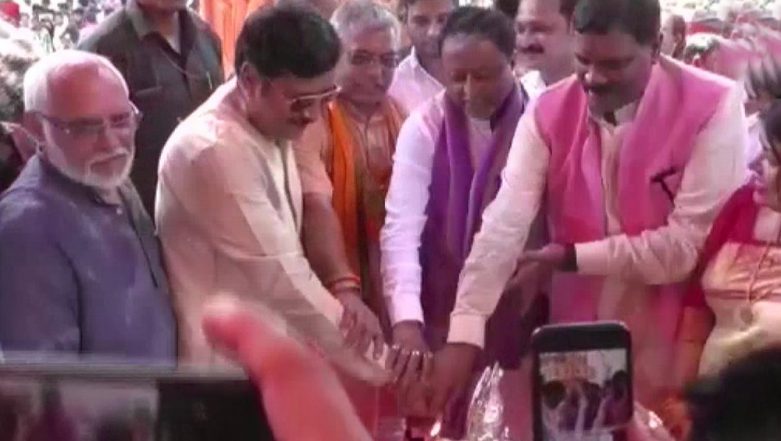 Sabyasachi Dutta had resigned from the post of Bidhannagar Mayor in August and is considered to be close to Roy. Mukul Roy himself was a TMC MP and had served as the Railway Minister in the UPA-II government. He joined BJP in 2017 after resigning from the Rajya Sabha and breaking ties with his old party. The images of the BJP leaders performing puja with the TMC MLA provided a welcome break from the acrimonious relationship shared by the cadre of both the parties. West Bengal: BJP Workers Call for 12-Hour Bandh in Barrackpore to Protest Against Attack on MP Arjun Singh.

However, the arrival of Roy along with other top party leaders at the event hosted by Dutta is being seen as a sign that the incumbent MLA from Rajarhat-New Town will soon jump the ship to join BJP. Prime Minister Narendra Modi, during an election rally in West Bengal, had claimed that several TMC leader were in touch with him to join the BJP. The claim had created a political furore in the state of West Bengal and led to a verbal war between the BJP and the TMC.