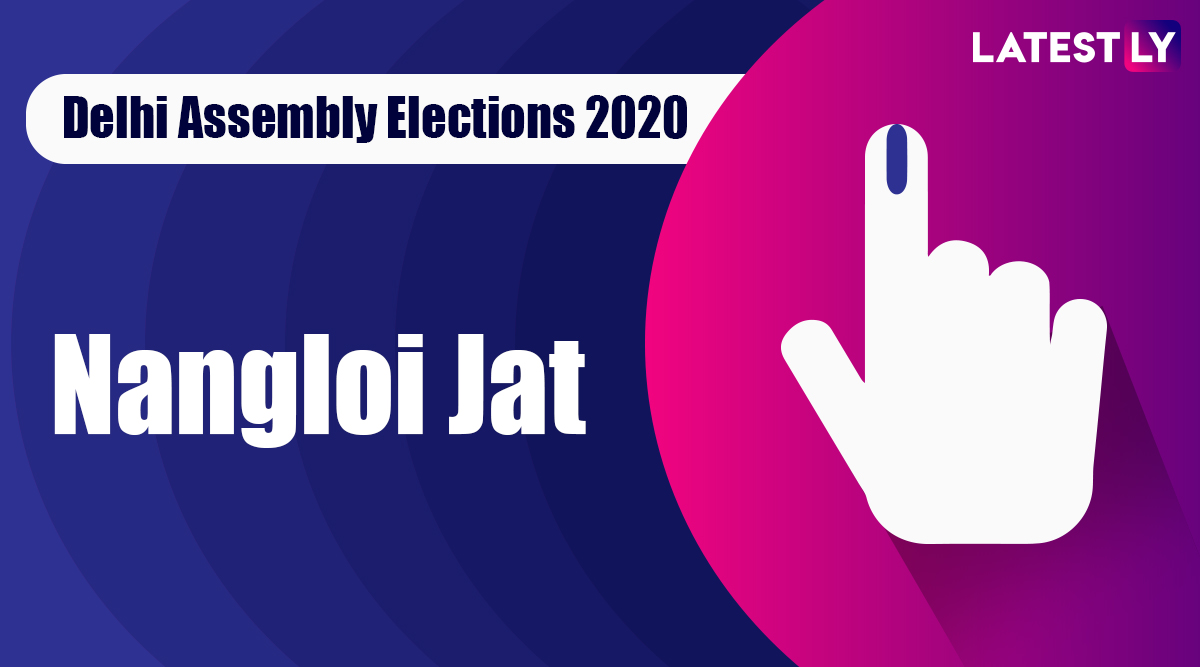 New Delhi, February 11: Nangloi Jat, the constituency located in west district of the national capital territory of Delhi, went to polls on February 8. On the said date, the Election Commission of India scheduled the Delhi assembly elections 2020. Results of the high-stake vidhan sabha polls were declared by the Commission on February 11, when the counting of votes was slated to be held. The total number of registered voters in Nangloi Jat was reported to be 1,51,933. After the counting of votes concluded, Raghuvinder Shokeen of the AAP was declared the winner. Delhi Assembly Elections Results 2020: AAP Set to Retain Power, Congress Congratulates Arvind Kejriwal, BJP Concedes Defeat.

Nangloi Jat, along with most other constituencies of Delhi, witnessed a three-cornered election featuring the state-ruling Aam Aadmi Party (AAP), the Bharatiya Janata Party (BJP) and the Congress as the third front. Check below the candidates and sitting MLA from the Nangloi Jat assembly segment.

From Nangloi Jat, the incumbent legislator is Raghuvinder Shokeen. He had won in the 2015 assembly elections on the AAP ticket. The party has fielded him again from the constituency. The BJP candidate from the seat is Sumanlata Shokeen, whereas, the Congress has issued the ticket to Mandeep Singh.

In the last assembly elections held in Delhi, the AAP had swept to power with a resounding mandate, winning 67 out of the 70 seats in the Delhi assembly. The BJP was restricted to three constituencies, whereas, the Congress - which ruled for 15 years between 1998 to 2013, ended up drawing a blank. The pre-poll surveys ahead of this election had predicted the Arvind Kejriwal-led party to return to power.