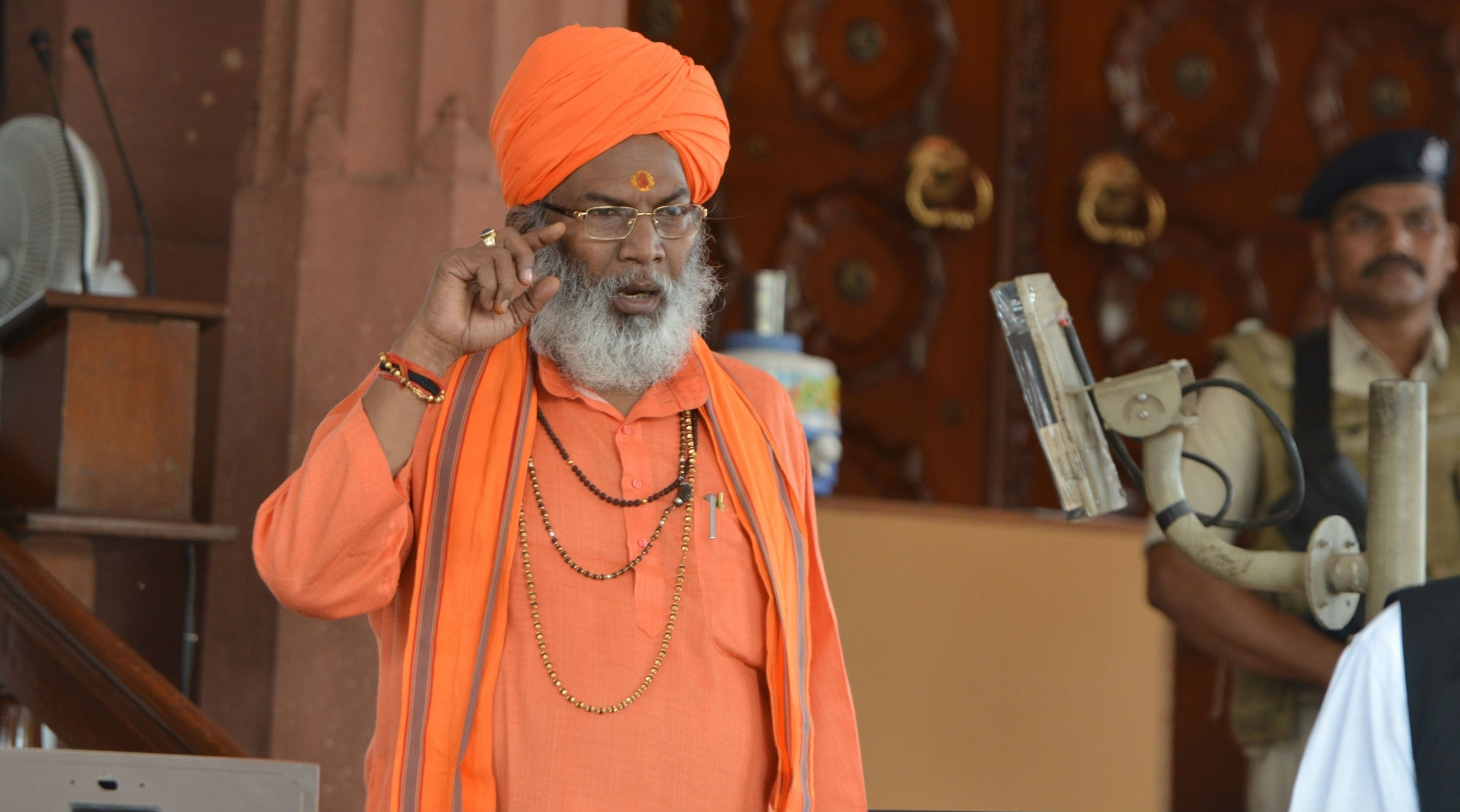 New Delhi, January 8: The debate over the National Register of Citizens (NRC) is back and how. Sakshi Maharaj, the controversial BJP lawmaker from Unnao in Uttar Pradesh, told IANS that not only nationwide NRC will be brought in, but West Bengal will be the first state where it will be implemented. Mamata Banerjee Appeals For Calm as Citizens Hit The Streets Against CAB-NRC, Assures 'No Implementation in West Bengal'.

In an interview to IANS, Sakshi Maharaj said, "CAA (Citizenship Amendment Act) won't hurt Indian Muslims. This process is similar to when you travel in a train without a ticket and the ticket inspector enquires. All those 'ghuspaithiyas' (infiltrators) will be sent back."

The BJP MP went on to claim that West Bengal will be the first state where NRC will be implemented. Interestingly, Bengal Chief Minister Mamata Banerjee has been very vocal against NRC. He added that each and every illegal Muslims and Rohingyas will be sent back home.

Reacting to Banerjee's assertion of "NRC over my dead body", Sakshi Maharaj said, "I can't help if someone wishes to die. I don't have 'sanjeevani booti' for them."

In December last year, Banerjee had said, "They (Centre) will have to implement CAA and NRC in West Bengal over my dead body."

The assertion of the BJP lawmaker came days after Prime Minister Narendra Modi sought to calm the nerves of Indians by claiming that his government had never discussed anything about NRC apart from the one in Assam.

However, despite Modi's claim, recently the West Bengal BJP in its booklet claimed that after the implementation of CAA, the register of citizens will be in the pipeline.

"Yes, there will be NRC after this (CAA). At least, that is the intention of the Central government," the booklet clearly stated.