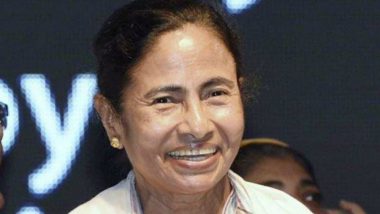 New Delhi, August 24: In a huge relief for West Bengal Chief Minister Mamata Banerjee, the Supreme Court on Friday directed the State Election Commission to notify winning candidates on uncontested seats in WB Panchayat Elections. The apex court said that whoever was aggrieved with the election results can file their petitions before the concerned court within 30 days.

The Supreme Court also set aside the Calcutta High Court's order allowing filing of nomination papers through e-mail and WhatsApp in West Bengal Panchayat Polls. The court did not allow pleas of the BJP and CPI seeking cancellation of Panchayat Polls over 20,000 uncontested seats.

Both the BJP and the CPI-M had alleged that the ruling party people had obstructed them from filing the nomination papers. Holding that there was no provision for e-filing of the nomination papers, Justice Chandrachud said that any challenge to an election should take place in accordance with the procedure known to law. He said obstruction to filing nomination papers is a serious matter.

The Trinamool Congress had won over 20,000 uncontested seats in the WB Panchayat polls held in May this year. Out of 58,692 posts in Gram Panchayats, Zilla Parishads Panchayat Samitis, 20,159 were uncontested.

The Supreme Court verdict came on a plea by the West Bengal State Election Commission, challenging the Calcutta High Court's May 8 order permitting e-nominations and reading the provision of the Information Technology Act into the Representation of People Act.

(The above story first appeared on LatestLY on Aug 24, 2018 11:14 AM IST. For more news and updates on politics, world, sports, entertainment and lifestyle, log on to our website latestly.com).