Pre-Monsoon Rainfall From March to May Deficit Drops to 22%: IMD 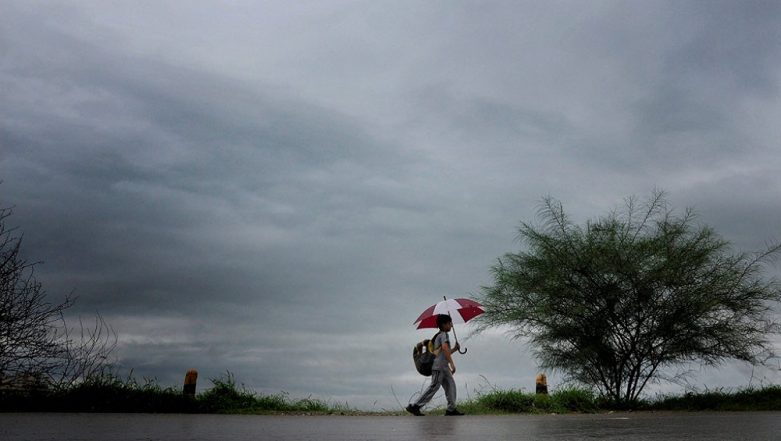 New Delhi, May 19: Pre-monsoon rainfall from March to May, a phenomenon vital to agriculture in several parts of the country, has recorded a deficiency of 22 per cent, according to India Meteorological Department (IMD) data. The IMD recorded 75.9 millimetres of rainfall from March 1 to May 15 as against the normal rainfall of 96.8 millimetres, which comes to around minus 22 per cent. Monsoon to Be Delayed by Five Days; to Hit Kerala on June 6.

From March 1 to April 24, the IMD recorded a deficiency of 27 per cent. The deficiency this week seems to have fallen over the last fortnight due to rains over east and northeast India. Meanwhile, the southwest monsoon has advanced into South Andaman Sea and conditions are favourable for it to reach the North Andaman Sea and the Andaman Islands in the next 2-3 days, the IMD said.

Of the four meteorological divisions of the IMD, the south peninsula, which comprises all the southern states, has recorded pre-monsoon deficiency of 46 per cent – the highest in the country.

This was followed by 36 per cent in the northwest subdivision that covers all the north Indian states – it was 38 per cent from March 1 to April 24, but has dropped by 2 per cent due to rainfall across several parts. The deficiency in the east and northeast region that covers eastern states of Jharkhand, Bihar, West Bengal, Odisha and northeastern states was seven per cent. Monsoon 2019 To Arrive In Kerala On June 4, Likely To be 'Below Normal'; Check Weather Forecast by Skymet.

There was no deficiency in the central region which comprises states of Maharashtra, Goa, Chhattisgarh, Gujarat and Madhya Pradesh. However, from March 1 to April 24 the pre-monsoon rainfall recorded in the central division was five per cent than normal. The region has also been witnessing intense heat waves and several dams in the Marathwada region of Maharashtra have reached zero storage level. Pre-monsoon rainfall is important for horticulture crops in some parts of the country. In states like Odisha, ploughing is done in the pre-monsoon season, while in parts of northeast India and the Western Ghats it is critical for plantation of crops.

Laxman Singh Rathore, former director general of the IMD, said in parts of northeast India and the Western Ghats, pre-monsoon rainfall is critical for plantation crops. There will be "moisture stress" incase of a deficit, he said.