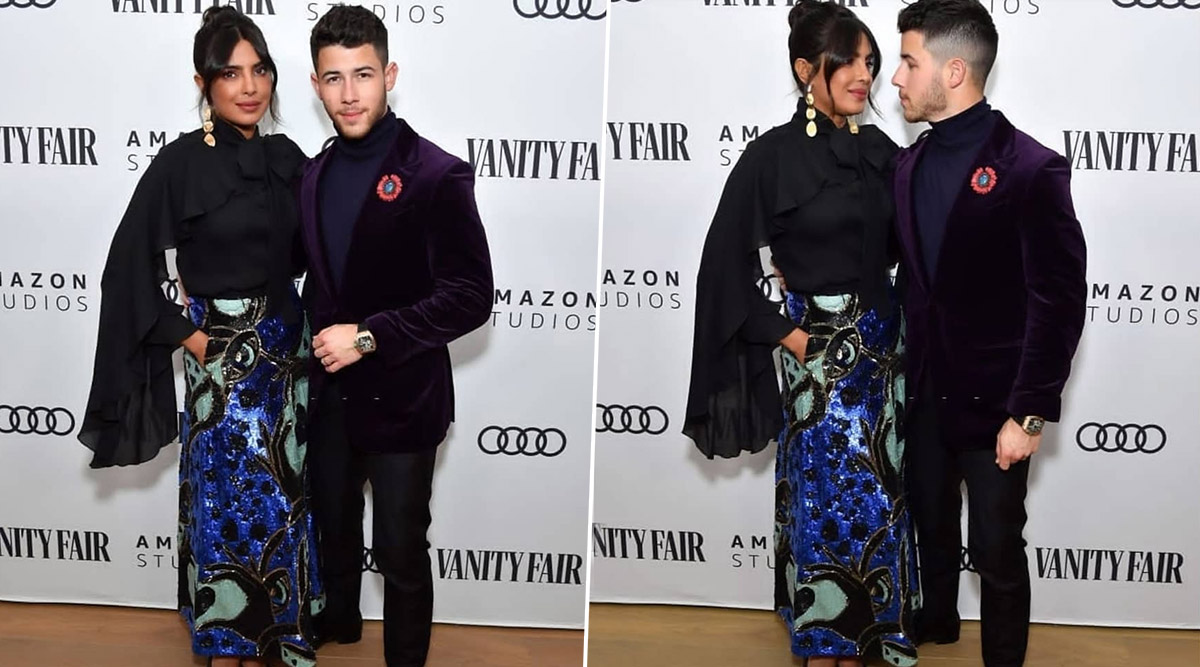 Priyanka Chopra and Nick Jonas are at it again. The couple recently attended the Vanity Fair, Amazon Studios, and Audi Pre-Golden Globes Celebration on Saturday (January 4) at the San Vicente Bungalows in West Hollywood, California and made sure to stun us again with their fashionable looks. Of course, Priyanka and Nick have a special relationship considering they released their wedding registry on the website and last month also announced that they’re producing an unscripted series about the Indian pre-wedding tradition Sangeet with Amazon Studios. Priyanka Chopra-Nick Jonas’ Beach Vacay with Family and Friends Look Super Fun (View Pics).

The couple are known to be best-dressed on most occasions and this was no exception. PeeCee stunned in an outfit by Elie Saab whereas Nick looked his dapper best in a purple velvet suit. Nick and Pri made sure to pose together in their usual adorable way by staring into each other's eyes and were all smiles. We loved Priyanka's ensemble of a black blouse and an embellished skirt with gold earrings. Check out the pictures from the party here. Priyanka Chopra-Nick Jonas Kiss and Clink Champagne Glasses to Ring in New Year 2020 (Watch Video).

Priyanka Chopra and Nick Jonas at a Pre-Golden Globes Party:

If this is how Nick and Priyanka have turned up for the pre-awards party, we can't wait to see what the couple will be wearing for the awards ceremony. Nick Jonas is one of the presenters for Golden Globes 2020 and we are more than excited for it. The 77th Golden Globes Awards are all set to take place on January 5 and will be telecast in India on January 6.