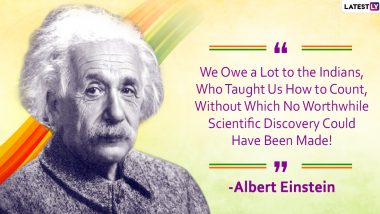 Indian Independence Day is celebrated with grand pomp and fervour in the country. The day marks the freedom the country received from the clutches of the British forces. Indians celebrate the day remembering the efforts of freedom fighters who strived to make India free from foreign rule. India which is the seventh-largest country in the world is known around the world for a variety of things. From ancient India's contribution to mathematics, yoga, Sanskrit to being the land of some of the finest intellects, the country has given the world some of the unique things. It is also known for its beautiful landscape, quality spices and a lot more that has always attracted the world here. India has always been a topic of fascination among people and gained praises for its rich and varied culture, heritage and traditions. As we celebrate Independence Day 2020 we look at quotes on India by some of the world popular personalities. Happy 74th Independence Day 2020 Greetings: WhatsApp Status Videos, Quotes, Facebook Captions, HD Images, Instagram Stories, Hike Stickers and Telegram Status to Share on 15th August.

Talking about India, world-known German physicist said that everyone owes India for teaching numbers. People have praised Indians and their cultures, festivals, traditions and customs multiple times in the past. From being the inventor of some of the important things we use today to being a leader in space technology, the country is no less behind many superpowers of the world today. Independence Day 2020 Wishes in Hindi: WhatsApp Stickers, Swatantrata Diwas Facebook Greetings, GIF Images, Instagram Stories, Messages And SMS to Send on 15th August. 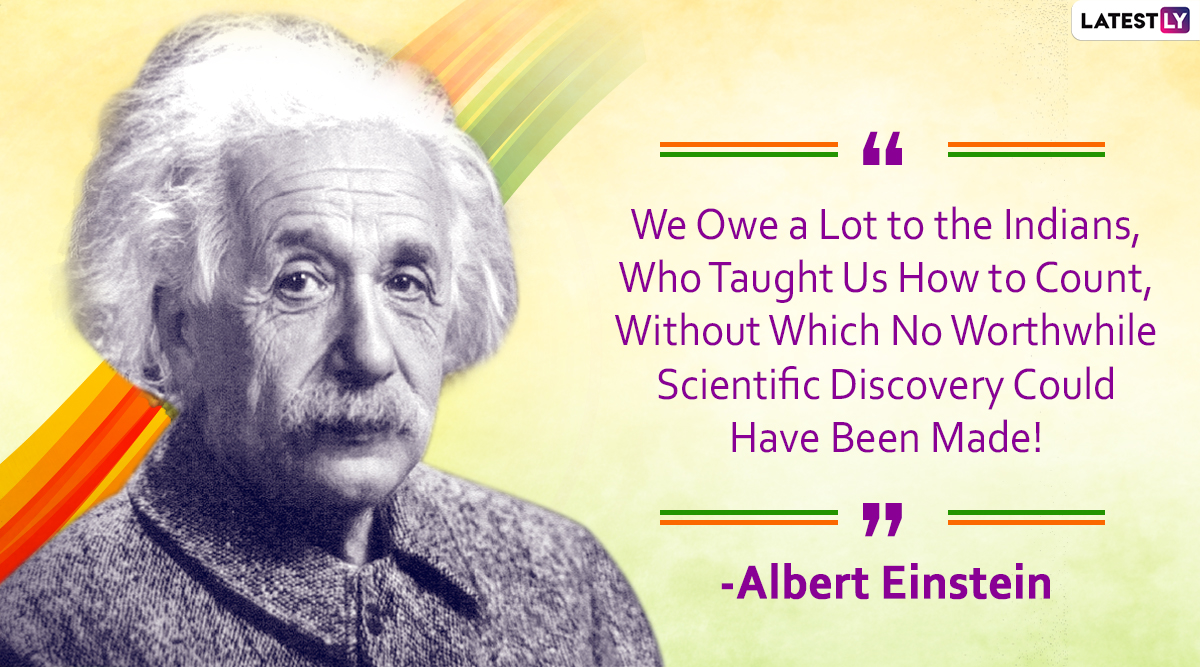 Quote Reads: "We Owe a Lot to the Indians, Who Taught Us How to Count, Without Which No Worthwhile Scientific Discovery Could Have Been Made!" Albert Einstein 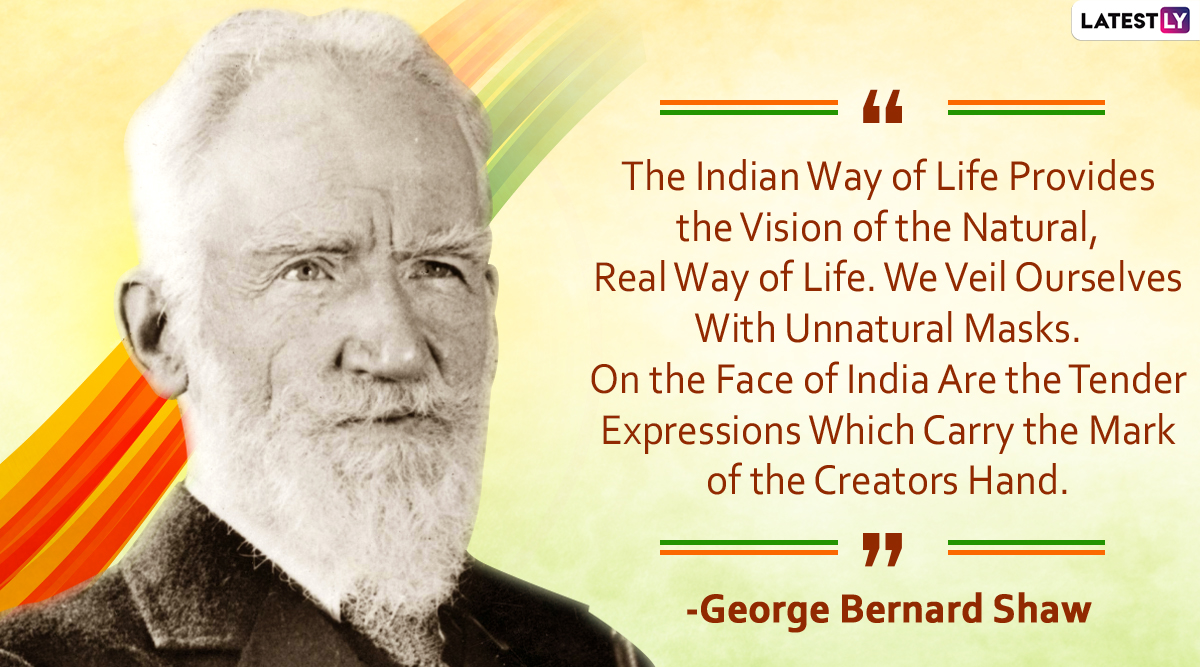 Quote Reads: "The Indian Way of Life Provides the Vision of the Natural, Real Way of Life. We Veil Ourselves With Unnatural Masks. On the Face of India Are the Tender Expressions Which Carry the Mark of the Creators Hand." George Bernard Shaw 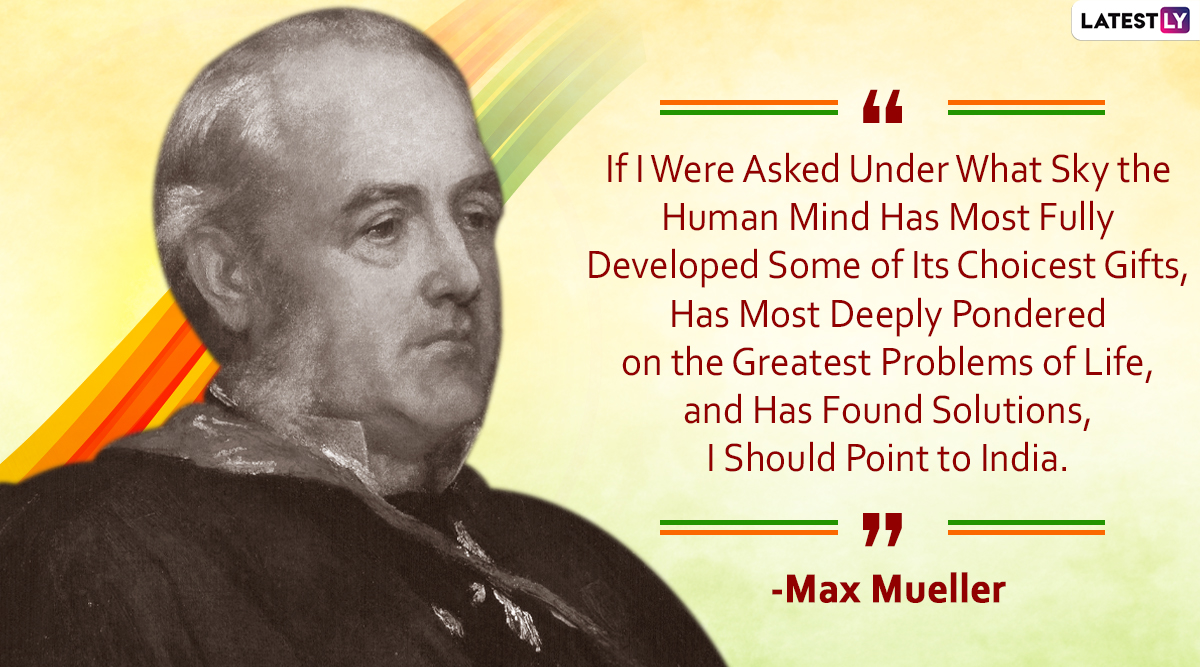 Quote Reads: "If I Were Asked Under What Sky the Human Mind Has Most Fully Developed Some of Its Choicest Gifts, Has Most Deeply Pondered on the Greatest Problems of Life, and Has Found Solutions, I Should Point to India." Max Mueller 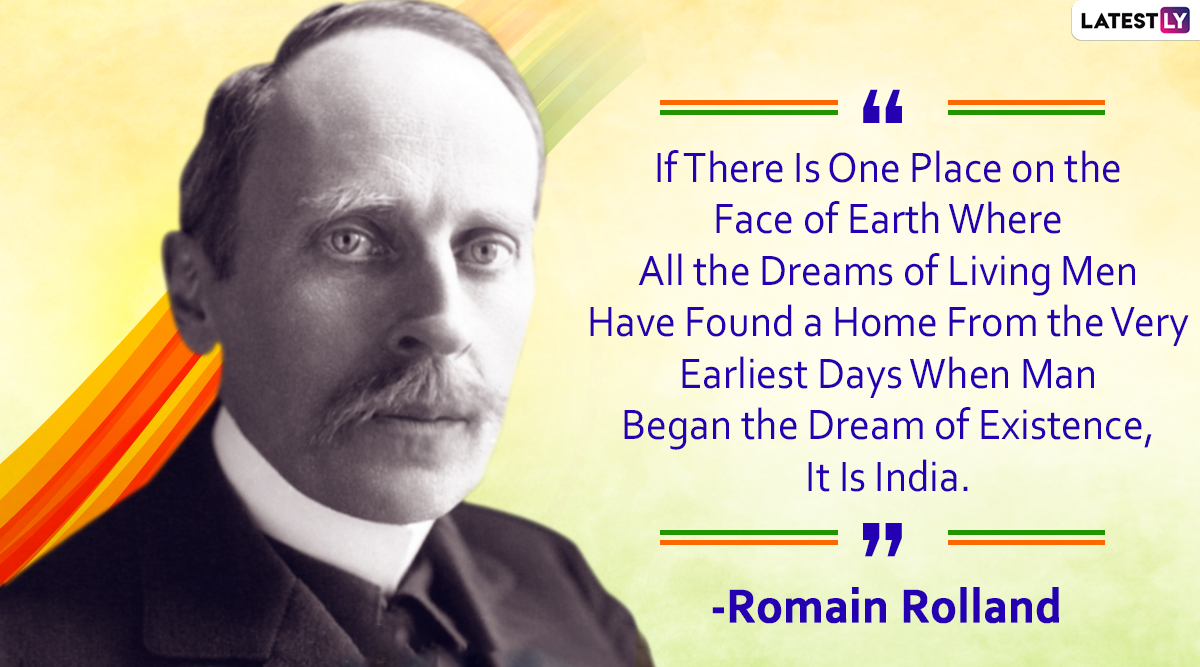 Quote Reads: "If There Is One Place on the Face of Earth Where All the Dreams of Living Men Have Found a Home From the Very Earliest Days When Man Began the Dream of Existence, It Is India." Romain Rolland 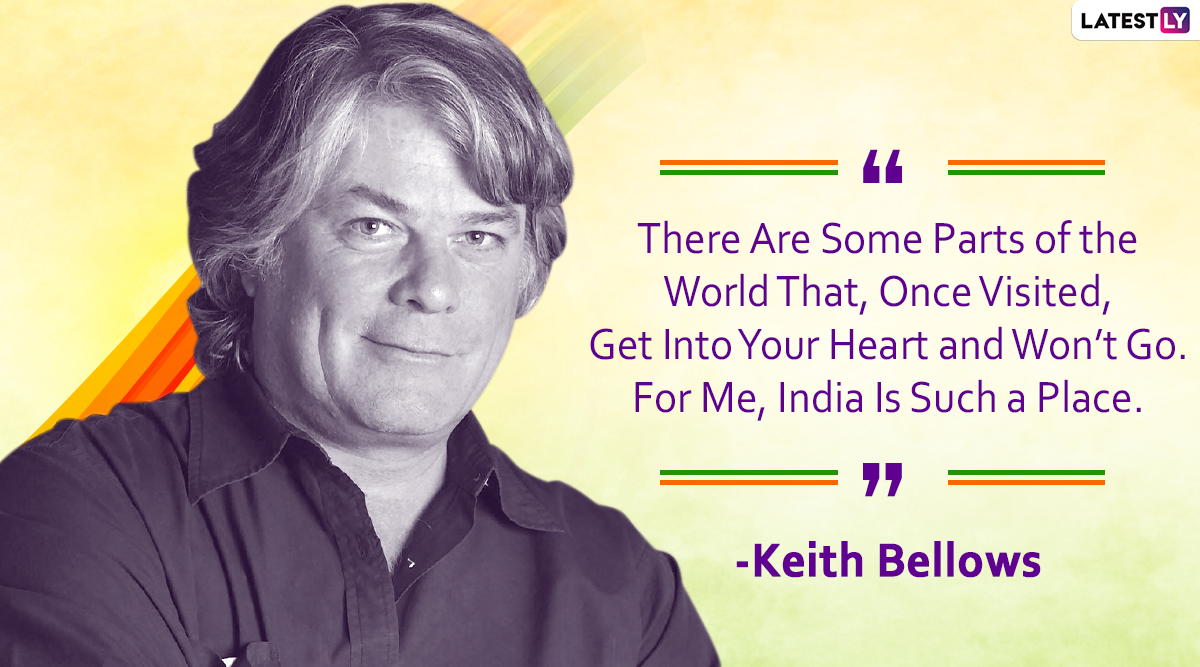 Quote Reads: "There Are Some Parts of the World That, Once Visited, Get Into Your Heart and Won’t Go. For Me, India Is Such a Place." Keith Bellows

India is the world's largest democracy and as a rising economic power and nuclear-armed state, the country also has an important regional power. The country is also known for some of the magnificent monuments that hells its rich history. Meanwhile, we wish everyone a Happy Independence Day!

(The above story first appeared on LatestLY on Aug 14, 2020 08:00 PM IST. For more news and updates on politics, world, sports, entertainment and lifestyle, log on to our website latestly.com).