International Day for Biological Diversity 2019: Date, Significance and History of the Day for Biodiversity Awareness 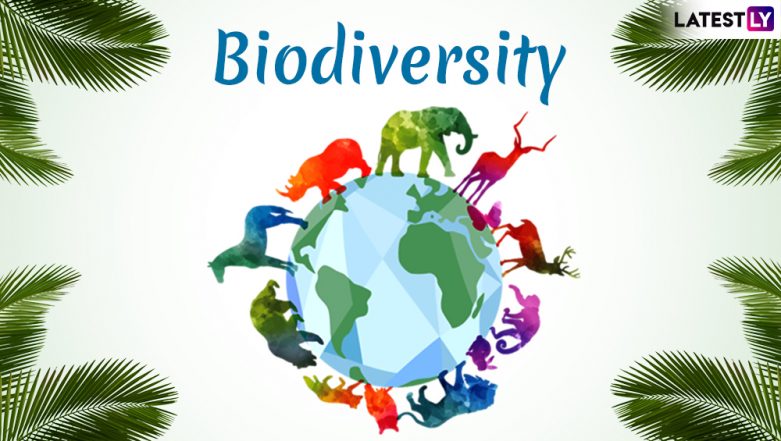 The International Day for Biological Diversity also known as World Biodiversity Day is observed on May 22 to promote biodiversity issues. It is a United Nations–sanctioned observance focused on biodiversity as the foundation for our food and health. The day also shows how it can transform food systems and improve human health. The day was created by the Second Committee of the UN General Assembly in 1993; it used to be celebrated on December 29 until 2000. On December 20, 2000, the date was shifted to commemorate the adoption of the Convention on May 22, 1992, at the Rio Earth Summit, and also to avoid multiple observances that fall in December. Amphibian Apocalypse: Skin Fungus Kills 100 Frog Species, Global Biodiversity Loss Continues.

It aims to spread awareness of the dependency of food systems, nutrition, and health on biodiversity and healthy ecosystems. The theme also celebrates the diversity in our natural systems which are essential for human existence and well-being on Earth. Biodiversity Losing Ability to Adapt to Climate Change?

Talking about the day, António Guterres, United Nations Secretary-General said, "From individual species through entire ecosystems, biological diversity is vital for human health and well-being. The quality of the water we drink, the food we eat and the air we breathe all depend on keeping the natural world in good health." Dr Cristiana Paşca Palmer, Executive Secretary of the United Nations Convention on Biological Diversity said, "Biodiversity is the food we eat, the water we drink, and it is also the air we breathe. More than that, biodiversity is part of us, as we humans are part of nature." Saving Nature Key to Human Wellbeing: UN Biodiversity Chief.

The day tries to show how in the past 100 years, how we have lost things including varieties of crops, breeds of domestic animals and fishing grounds. Things under threat include indigenous, traditional and local knowledge, traditional medicine and local foods. The International Day for Biological Diversity 2019 theme is 'Our Biodiversity, Our Food, Our Health'. Below are the things listed by UN which can be done to conserve and sustainably use biodiversity for your well-being.