On this Martyr's Day, send these SMS, messages, pictures and quotes to remember the martyrdom of Bhagat Singh, Rajguru and Sukhdev. 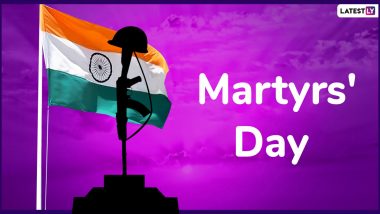 In India, there are six days declared as Martyrs' Day. One of them is observed on March 23 which marks the martyrdom of great revolutionary fighters Bhagat Singh, Shivaram Rajguru and Sukhdev Thapar who sacrificed their lives for the country. Each year, March 23, homage is paid to the Bhagat Singh, Rajguru and Sukhdev. In order to observe Martyrs' Day, many send SMS, WhatsApp messages, quotes and pictures highlighting several men and women made the supreme sacrifice of their lives to ensure freedom of others.

It was on March 23, 1931, Bhagat Singh, Rajguru and Sukhdev were hanged to death in the Lahore Central Jail by the British rule. They were cremated at Hussainiwala at the banks of the Sutlej river in the Ferozepur district of Punjab. Bhagat Singh's 89th Death Anniversary: Remembering The Great Indian Revolutionary Fighter on Martyr's Day 2020.

On this Martyr's Day, send these SMS, messages, pictures and quotes to remember the martyrdom of Bhagat Singh, Rajguru and Sukhdev. 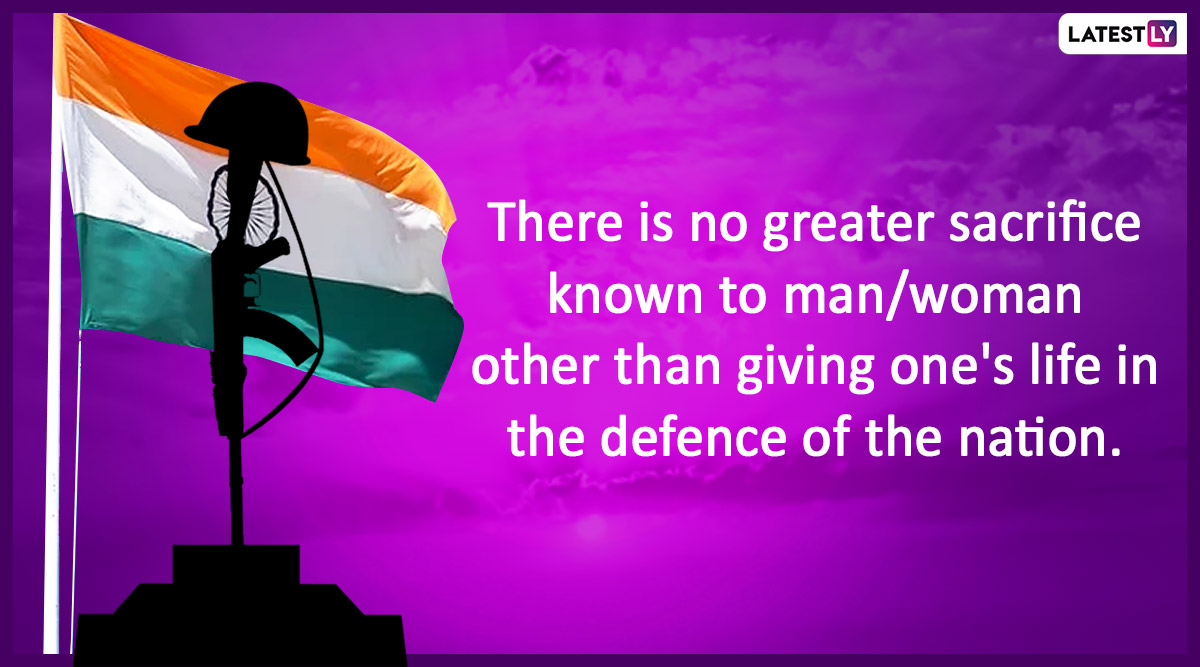 Martyrs' Day message reads: There is no greater sacrifice known to man/woman other than giving one's life in the defence of the nation. 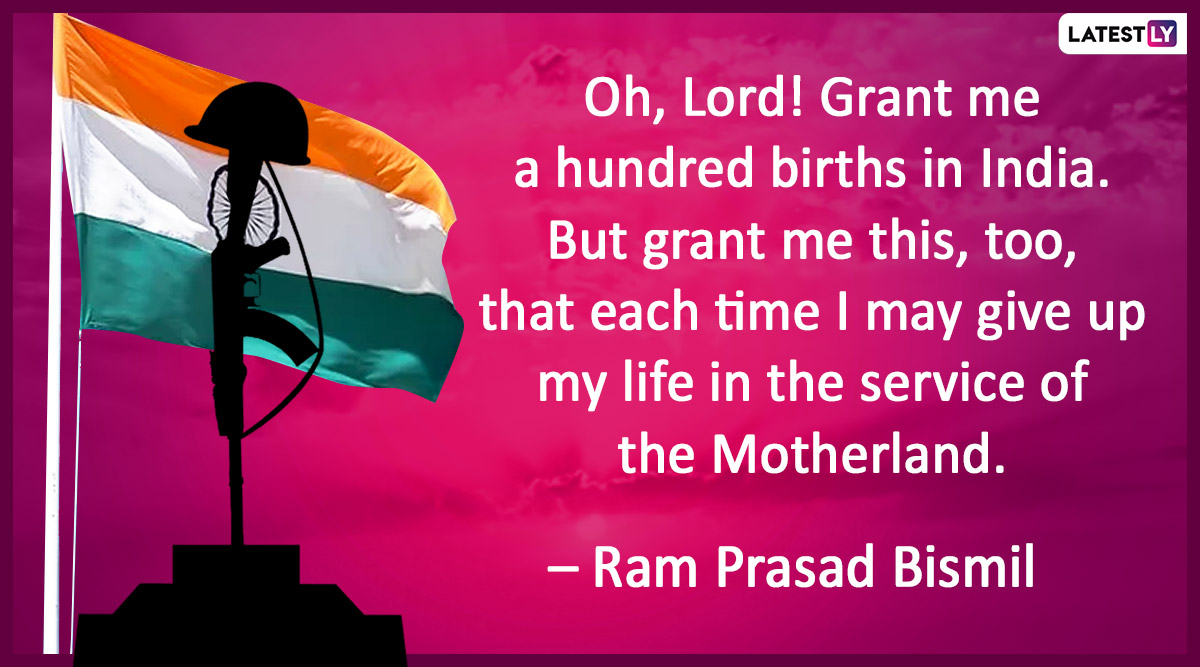 Martyrs' Day quote: Oh, Lord! Grant me a hundred births in India. But grant me this, too, that each time I may give up my life in the service of the Motherland. - Ram Prasad Bismil 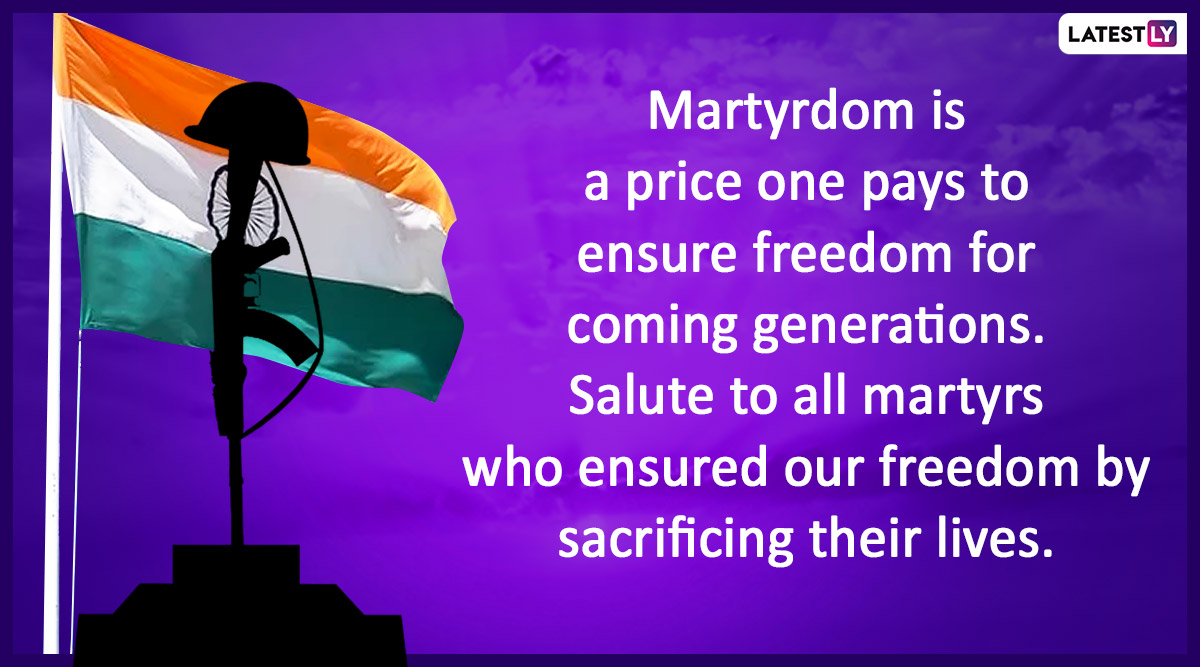 Martyrs' Day message reads: Martyrdom is a price one pays to ensure freedom for coming generations. Salute to all martyrs who ensured our freedom by sacrificing their lives. 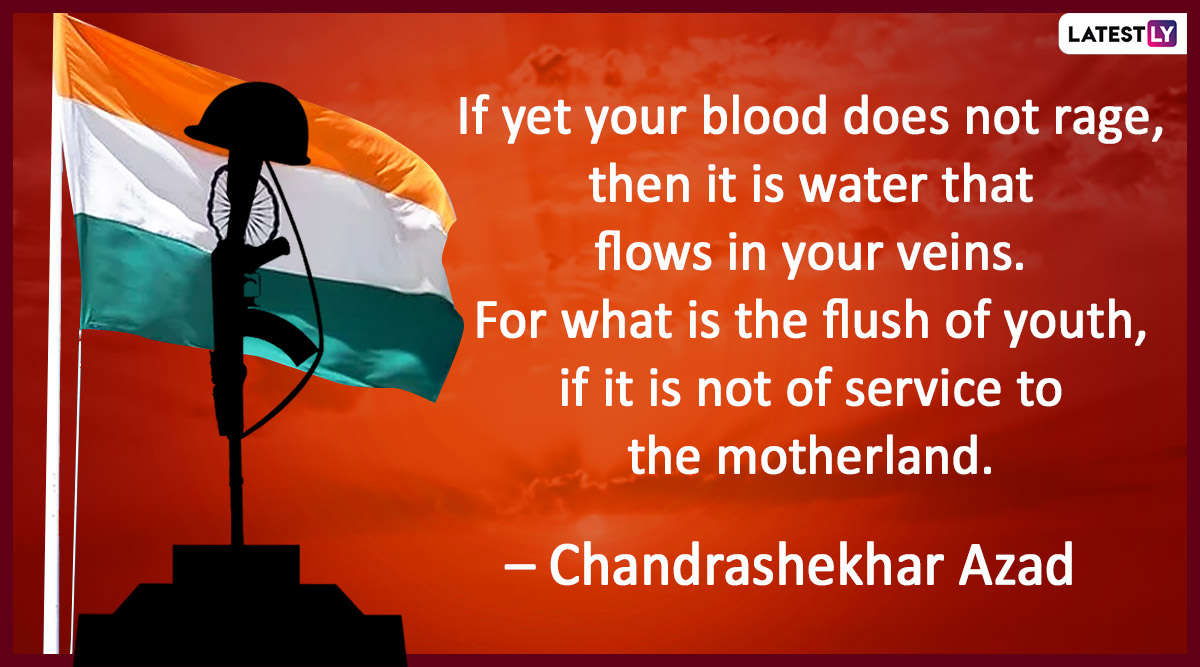 Martyrs' Day quote: If yet your blood does not rage, then it is water that flows in your veins. For what is the flush of youth, if it is not of service to the motherland. - Chandrashekhar Azad

Shaheed Bhagat Singh, Rajguru and Sukhdev were involved in the assassination of a British police officer JP Saunders in 1928 and later the explosion in Central Legislative Assembly. They wanted to kill superintendent of police James Scott who ordered lathi-charge against a crowd gathered to protest against the Simon Commission.

(The above story first appeared on LatestLY on Mar 23, 2020 08:30 AM IST. For more news and updates on politics, world, sports, entertainment and lifestyle, log on to our website latestly.com).