Foods that Lower Sperm Count: From Soy to Workout Supplements, 6 Things that Will Make You Infertile

Certain foods can potentially damage both sperm count and quality. It's important to evaluate your diet when trying for a baby, so you know what to eliminate in order to put your best sperm forward. Here are the most damaging foods for your sperms. 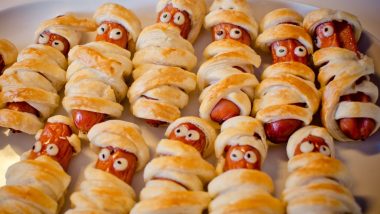 Changing your diet and eating habits is not an easy task. But when the big picture includes not maintaining a healthier lifestyle but also bringing a baby to this world, it is a lot easier to get on board. While there are foods that boost your sperm count, in the same way, certain foods hurt your chances of having a baby. So steer clear of these everyday foods that affect male fertility.

A study published in the Human Reproduction Journal found that men whose diets were high in saturated fat had lower sperm count and concentration than men who ate low-fat foods. Junk foods like pizza and chips are not only maligned for increasing the chances of cancer and heart disease but also infertility. In fact, eating a lot of junk foods during adolescence could irreversibly damage sperms. According to a study published in the European Society of Human Reproduction and Embryology, teens who ate a well-balanced diet had the highest sperm counts.

The high fructose corn syrup and caffeine in soft drinks can hinder sperm count. Too much sugar in the diet can also lead to insulin resistance which can disrupt fertility. So ditch that cola to save your sperms. How to increase sperm count with diet: 10 best foods to improve men's fertility and sex drive.

Say no to phytoestrogens. Eating processed meat like sausages, pepperoni and bacon can have an estrogen-like effect in your body which hurt sperm production. Just settle for lean cuts of poultry and fish for the fatty acids and protein.

Soy contains estrogen-like compounds that can wreak havoc on your sperm concentration. While including a few soy-based foods in your diet won’t affect you, but if your sperm count is low, or even low-to-normal, soy foods could tip the estrogen or testosterone balance in the wrong direction and reduce sperm count further.  How to increase fertility: men, tight underwear may reduce sperm count; wear boxer shorts instead.

Canned foods contain a high percentage of BPA that can decrease the sperm count. Studies found that men who are exposed to high quantities of BPA have 23 percent sperm count lower than men with no BPA exposure.

Did you know that most workout supplements contain androgens or male hormones? And, anything that helps build your muscle by increasing your testosterone levels can damage your sperm quality and count.

If you are concerned about your sperm count and your overall health, eat plenty of fruits, vegetables, and lean meat, the latter only if you're not a vegetarian.

(The above story first appeared on LatestLY on Jul 12, 2019 02:48 PM IST. For more news and updates on politics, world, sports, entertainment and lifestyle, log on to our website latestly.com).