The most growing issue that is contributing to erectile dysfunction is Obesity and metabolic syndrome causing changes in blood pressure, body composition, and cholesterol. 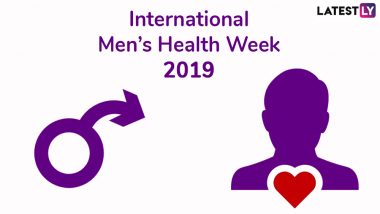 International Men's health week has already begun from June 10, 2019, and will last till June 16 2019. This week is dedicated to spreading awareness about the health issues that affect men. International Men's Health Week aims at raising awareness about preventable health problems in men and boys and encouraging early detection and treatment of diseases. While all kinds of health issues are taken into consideration, more importance is given to the ones that are more prevalent in men such as erectile dysfunction or impotence, prostate cancer, male incontinence, testicular health issues, etc. Erectile dysfunction amongst many others, is one such health issue that has a lot of stigmas attached to it. Men are afraid of being judged and hence the chances of men reporting impotence are fewer.

Erectile dysfunction (ED) is defined as continuous difficulty in achieving and maintaining an erection. As per statistics, about five percent of men that are 40 years old have complete erectile dysfunction whereas mild and moderate erectile dysfunction affects approximately 10 percent of men per decade of life. However, to treat and prevent ED it is important to know the causes that could possibly be triggering Erectile Dysfunction. Causes of ED aren't always medical or physical but can also be psychological. Erectile Dysfunction and Morning Wood – What’s The Connection? Men Need To Know THIS About Their Sexual Health.

What Are the Main Causes of Erectile Dysfunction in Men?

There are many reasons that you are not being able to have an erection sufficient to have sex. The most growing issue that is contributing to erectile dysfunction is Obesity and metabolic syndrome causing changes in blood pressure, body composition, and cholesterol. However, some other conditions such as multiple sclerosis, Parkinson's, Peyronie's disease, may also be the reason behind Erectile dysfunction. ED can also be caused by excessive alcoholism and drug abuse. The main health issues in the body that cause erectile dysfunction are issues related to blood flow, nerve supply and hormones.

Did you know that out of the 15 leading causes of death, men lead women in all of them except Alzheimer's disease? WebMD says that although the gender gap is closing, men still die five years earlier than their wives, on average. It is important to address Men's Health issues sooner for better treatment and prevention.

(The above story first appeared on LatestLY on Jun 11, 2019 09:50 AM IST. For more news and updates on politics, world, sports, entertainment and lifestyle, log on to our website latestly.com).