Learn How the Successful Entrepreneur, Kshitiz Adukia Who Refused to Follow His Parent’s Part, Paved His Own Path

Kshitiz Adukia is the Founder and CEO of Tradizon – a global company providing 360 degrees consultancy service for business growths, formulating complete business plans and strategies to expand the brand, sales, and profits. He has assisted over 100+ entrepreneurs with new startup ideas, sales and profits. 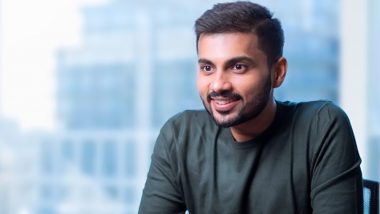 Being an ambitious man, he refused to take over his father’s business or follow his footsteps and instead, decided to follow his dream of being an entrepreneur.

Kshitiz Adukia is the Founder and CEO of Tradizon – a global company providing 360 degrees consultancy service for business growths, formulating complete business plans and strategies to expand the brand, sales, and profits. He has assisted over 100+ entrepreneurs with new startup ideas, sales and profits. The talented entrepreneur is also an accomplished content creator, strategist, tradesman, investor and brand-builder.

Entrepreneurs involved in planning or starting firms must engage in a continuing process of appraising prospects for success. These assessments presumably bear upon the preparations they make, as well as, at some later point, whether they decide to make major changes or even to discontinue the business, said Kshitiz Adukia. As someone who struggled in the field of entrepreneurship at first, who worked on three start-ups that were successful but Adukia didn’t find them to be futuristic, he went on to establish Tradizon, which lead him to become the successful man he is today. His consistent focus and his pursuit of growth- not just for his business but for who he is as a person highlights the inspiring spirit of Kshitiz Adukia.

The primary journey of this young entrepreneur and businessman was however not so easy. Though he had a dream of becoming an entrepreneur since a young age, the lifestyle he followed wouldn’t contribute much to fuel his dream. His vision of entrepreneurship wasn’t given as much focus as he wanted to and was struggling on dedicating all his time to it. This kept going on until one day, something made him realize the necessity of succeeding in his work. He had to decide to either follow his father’s business or to make something of himself, and he chose the latter. Adukia knew that this would lead to conflicts with his parents as they always wanted him to take over the family business and that he would have to start from scratch with no help from them or anyone else, but despite all the difficulties and risks, he decided to go own with his decision.

He changed his entire life routine to follow his entrepreneurship dream. It wasn’t easy for him but he didn’t give up. After working on three startups that did give him profits but wasn’t futuristic, his fourth one, Tradizon, ended up being his big break.

Kshitiz Adukia had managed to shine in his business consultancy firm throughout the lockdown which has helped in various business expansions, education startups, and import-export programs. His sincere dedication and hard work had helped his clients to become the talk of the nation. Before launching Tradizon, Adukia did his homework to see if there was a need for the niche enterprise he was contemplating. An entrepreneur by trade, he did an extensive and detailed research and spoke to his family and friends about his idea. Having launched three businesses in the past, he had gained experience and learned from his mistakes that he could avoid when he decided to launch his business consultant firm.

He wants individuals to comprehend his contemplations and point of view of life through consecrated talks and enlightening realities inside the space of business, self-improvement and motivation. Furthermore, that is actually how he has begun doing his new segment of ''29 seconds with Kshitiz''. He just had one objective for this, to change mentalities and make individuals mindful of different current undertakings, and utilizing his own encounters to lecture on self-advancement and significant fundamental abilities.

Kshitiz Adukia lives by the life motto of ‘‘It’s never too late to start fresh and change your life schedule, it just depends on how much you want it’’.