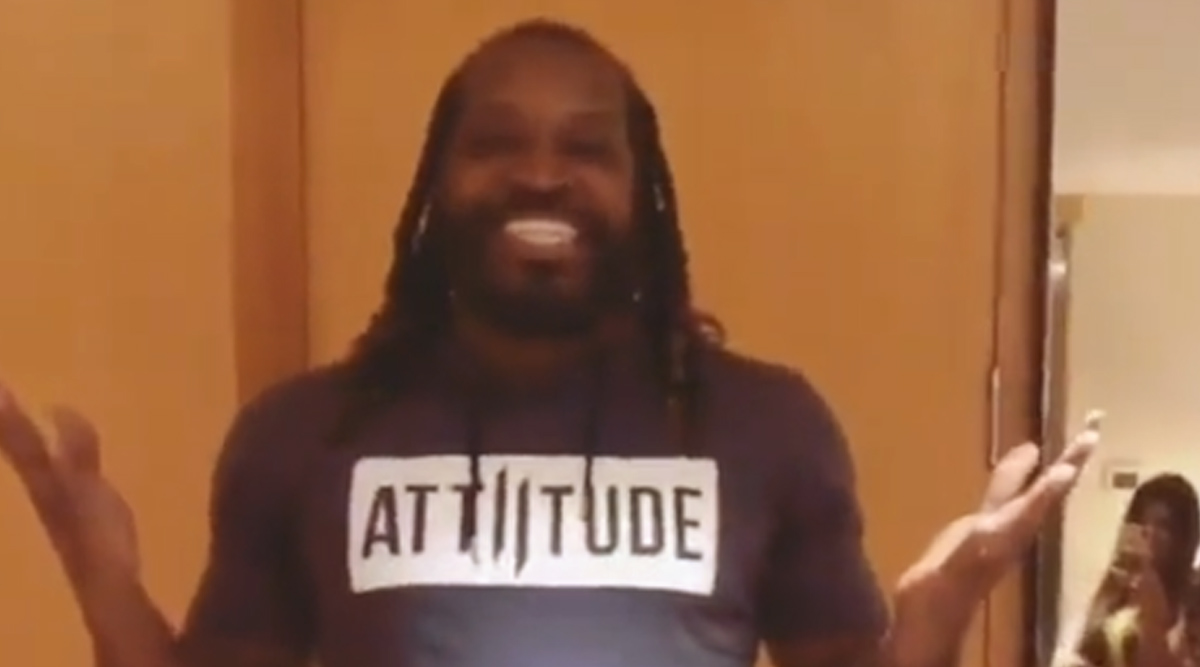 West Indian cricket idol Chris Gayle became the latest sporting star to join the video sharing platform TikTok on social media. While it is not sure what exactly Gayle will be up to on the platform, the first video that he has posted seems to suggest that he is in the mood for some banter and lots of fun as a TikTok star. In the very first video that he has posted, Gayle pops up right at the end of the clip. Dwayne Bravo Takes Up ‘Dance Like A Chamiya’ Challenge, Dares Harbhajan Singh, Chris Gayle and Suresh Raina (Watch Instagram Video)

Before him, a couple of young guys face the camera and strike a few poses. Then, Gayle, clad in light grey shorts and a deep grey T-shirt with the word "attitude" written on it, comes into the frame and strikes a pose of swagger. His trademark grin and rasta hairdo are very much in place. By the end of Friday, Gayle's video had garnered 234K likes. Chris Gayle to Feature in 2nd Half of BPL

Let's wait and watch, what the Windies master blaster has in store on planet TikTok. Apart from Chris Gayle, celebrity chef Sanjeev Kapoor has also joined the platform to share expert tips on cooking.