Chrissy Teigen Shuts Down A Troll Who Asked Her to Cover Her Breasts In Front of 3-year-old Daughter Luna! 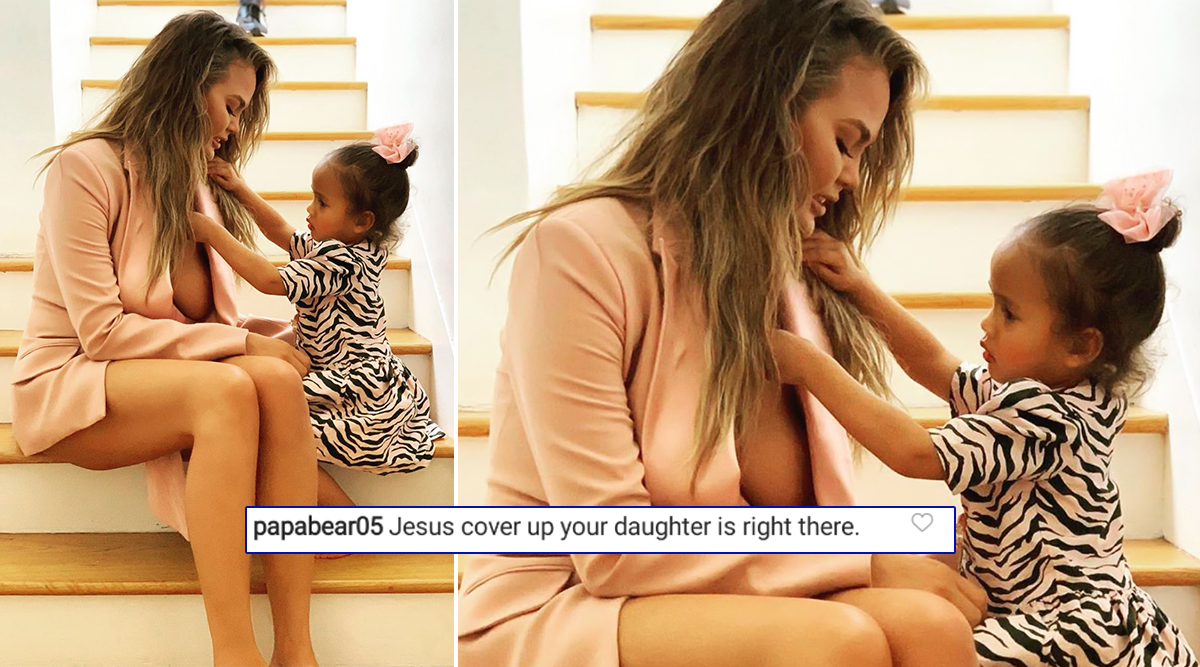 Hollywood personality Chrissy Teigen took to Instagram sharing a beautiful photo with her three-year-old daughter Luna. She captioned the photo, 'On set with my stylist' referring to her daughter. In the photo, the duo can be seen sitting on the stairs with Luna adjusting her mother's dress. While Chrissy's fans were quick to flood the comments section with comments praising the adorable photo of the mommy-daughter duo, a social media user decided to troll her. The Instagram user wrote, 'Jesus cover up your daughter is right there.' In the photo, Chrissy is seen wearing a peach tuxedo with the buttons open. Soon, the comment asking Chrissy to cover up her breasts was criticised by other social media. Chrissy Teigen Is 'Currently Sleeping with People's Sexiest Man Alive', John Legend and Is Proud of Having 'Boned' Him! We Can't Even...

Sooner, Chrissy replied to the comment shutting down the troll. She replied to the comment saying, "She sucked it for months and doesn't mind it much." Chrissy often shares photos and videos of her daughter and husband John Legend. The power couple often updates their social media pages with family pictures giving their fans and followers a peek into their personal and professional lives. Chrissy Teigen and Family Get Henna Tattoos but Baby Luna Steals the Show.

on set with my stylist

Chrissy Teigen is known for her epic clapbacks and shutting down trolls on social media. While celebrities are quite prone to such nasty comments, many choose to ignore, however, others give it back to the trollers. And Chrissy Teigen definitely leads the bandwagon of giving it back to those peeking into the life of celebrities only to give their terrible opinion about them.