Rainwater Entered Into DTC Bus in Delhi? Old Video of Rainwater Gushing inside Jaipur Bus Is Being Shared With False Claims; Here Is The Truth 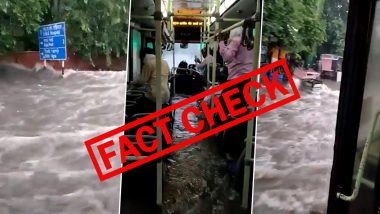 Old Images of water inside Jaipur bus is being shared with false claim (Photo Credits: Twitter)

New Delhi, July 14: With the advent of social media, several fake news are spreading rapidly like wildfire. These fake news are creating panic among the masses by spreading misinformation. A day after Delhi received heavy rains, a video of water gushing inside a bus with passengers on board is going viral with a false claim. Netizens, including prominent personalities, shared the video with the claim that the incident took place in Delhi.

The video was shared on Wednesday morning by Congress national media panellist Abhishek Dutt. The footage was also tweeted by Delhi Youth Congress. However, the tweets were later deleted. In the video, it could be seen that rainwater entered a bus full of passengers. Centuries-Old Manuscript in Sanskrit Excavated From Ram Janmabhoomi? Unrelated Video is Being Shared on Social Media With Misleading Claims; Here's The Truth.

Here Are Tweets Shared BY Netizens WIth False Claims: 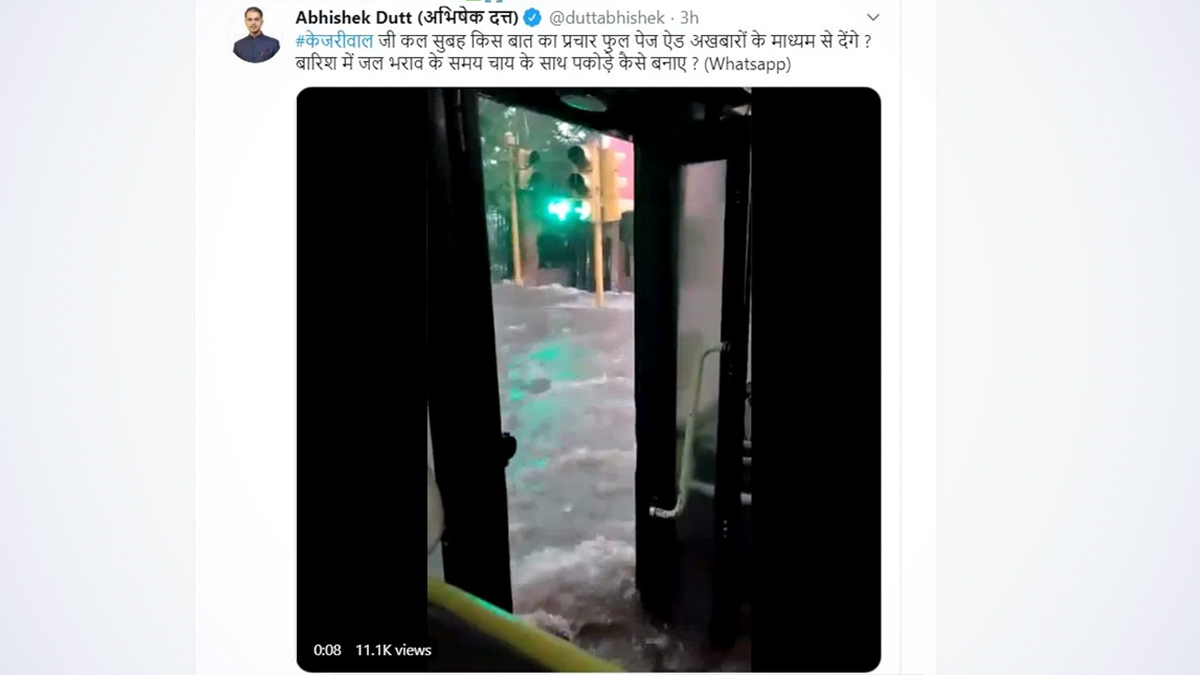 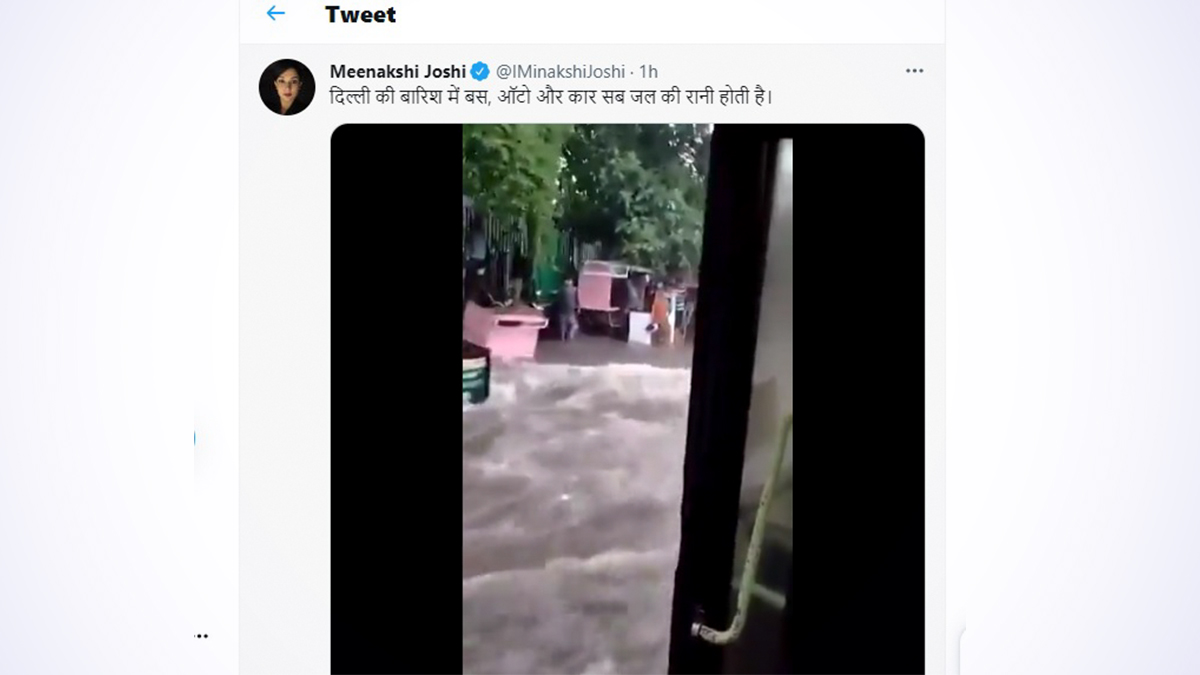 However, the video was of the last year. The incident of waterlogging took place in Rajasthan's Jaipur in August, 2020. The screenshot of the video was carried by newspaper Patrika on August 11, 2020. Umashankar Singh of NDTV also shared the video on August 12, 2020. In the video, a board of "Nasiyan Bhattarak Ji" can be spotted in the video. At around 58 seconds, "Jaipur Bus" can be seen written on the side of the vehicle. Hence, the video is being shared this year with a false claim. Last year also, the video was shared with the fake claim

On Tuesday, Monsoon 2021 arrived in Delhi. In the past 24 hours, Delhi received heavy rain. Due to the heavy rainfall, the traffic jam was reported at various places of the national capital. The minimum and maximum temperatures also dropped in various parts of Delhi.

It is not the first time that netizens fell prey to fake news. Last month, fake news claimed that Mumbai's Mithi river is being filled with plastic waste. An image of a river choked with plastic garbage is going viral on social media in India with a false claim. The picture of a plastic-choked river is from Manila, Philippines.

The video is from last year from Jaipur.

(The above story first appeared on LatestLY on Jul 14, 2021 04:20 PM IST. For more news and updates on politics, world, sports, entertainment and lifestyle, log on to our website latestly.com).