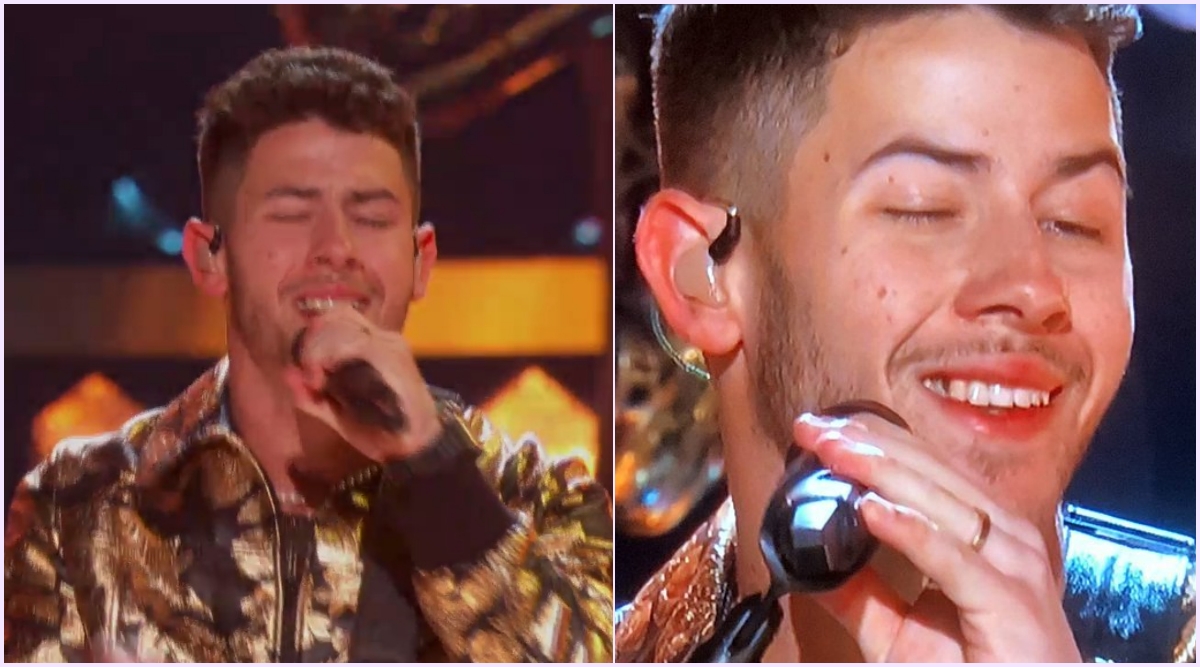 The Grammys 2020 took place on January 27 at the Staples Center in LA. The talks of winners, red carpet appearances and performances are all over social media. Desi Girl Priyanka Chopra's bold appearance and husband Nick Jonas' performance on the stage is also being discussed. More than Jonas' brothers taking to the stage the eagle-eyed viewers spotted the food stuck in his teeth! So while most fans would've gone gaga with the performance, Nick Jonas' teeth became an unexpected talking point on Twitter. But the singer has chosen not to ignored and gave a befitting reply to all the jokes.

Jonas brothers took on the stage to perform a medley of their songs, and also gave a sneak peek into their upcoming track 'Five More Minutes.' Videos from their performance were quick to surface on social media. But those with a keen eye could not ignore a very tiny leafy morsel stuck on Nick's teeth. And given the nature of social media, these pictures of little leaf stuck on his teeth became viral. Some of them gave you very funny reactions, but it was Nick Jonas who owned it with his acknowledgement. He wrote, "And at least you all know I eat my greens" with a fun emoticon. Grammys 2020: It’s Fam-Jam for The Jonas’! Here’s Another Frame-Worthy Pic of Priyanka Chopra-Nick Jonas, Sophie Turner-Joe Jonas and Danielle-Kevin Jonas.

Here's a Video of Jonas Brothers Performance at Grammys 2020:

Here Are The Pictures of Food Stuck in His Teeth:

Is Nick Jonas on the #GRAMMYs stage with spinach or something in his teeth?!? pic.twitter.com/BKWREj4U3l

It did not take long for these pictures to go viral with funny memes and jokes being made on them. Check some of the funny reactions.

Who let @nickjonas on stage at the GRAMMYs with food in his teeth? Someone’s getting fired tonight pic.twitter.com/HM6J7d3Z1H

The spinach in Nick Jonas’s teeth at the #Grammys : pic.twitter.com/8SKHNwMI5q

With more such reactions coming in, Nick Jonas replied and acknowledged about something being stuck in his teeth.

And at least you all know I eat my greens. 🤪

Doesn't he just cleverly own it? Yes, he did have his greens, does anyone now have a problem with that? He and his wife definitely sent tongues wagging with their mushy chemistry on the red carpet here. Their coupley moments were captured on camera but the keen-eyed ones definitely went beyond to spot the greens.