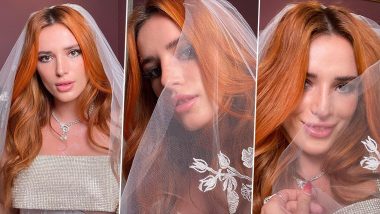 Last year, Bella Thorne chose to leak her nude, private and intimate photos on Twitter. The beauty's Twitter account was hacked and the hacker tweeted about leaking Bella Thorne’s nudes to the public. However, Bella wasted no time in taking control over her hacked Twitter account and hit the hacker back by sharing their conversation screenshots including her nude pics. She said she wanted to take back the power from her hackers.

As soon as Jake Paul and Tana announced they’re getting engaged, Tana’s ex, Bella Thorne didn't hide her emotions and cried it all out. Bella Thorne posted pictures on her Instagram, crying about Tana’s engagement. This clearly showed how filterless Bella really is.  Bella Thorne Shares Nude Pics to Beat Hacker to It, Shocked That Women Didn’t Support Her.

Bella Thorne became the bigger person and ended her feud with Tana Mongeau, by welcoming her into a text group. The YouTube star excitedly shared a screenshot of the message from Thorne which read, "Tana is back in the group" on Twitter.

Winning OnlyFans and HOW!

Despite receiving so much criticism for joining OnlyFans, Thorne didn't stop. She is continuing to do her thing on OnlyFans. Although she apologised to the sex workers she also mentioned that her intentions were clear.

(The above story first appeared on LatestLY on Oct 07, 2020 07:00 PM IST. For more news and updates on politics, world, sports, entertainment and lifestyle, log on to our website latestly.com).