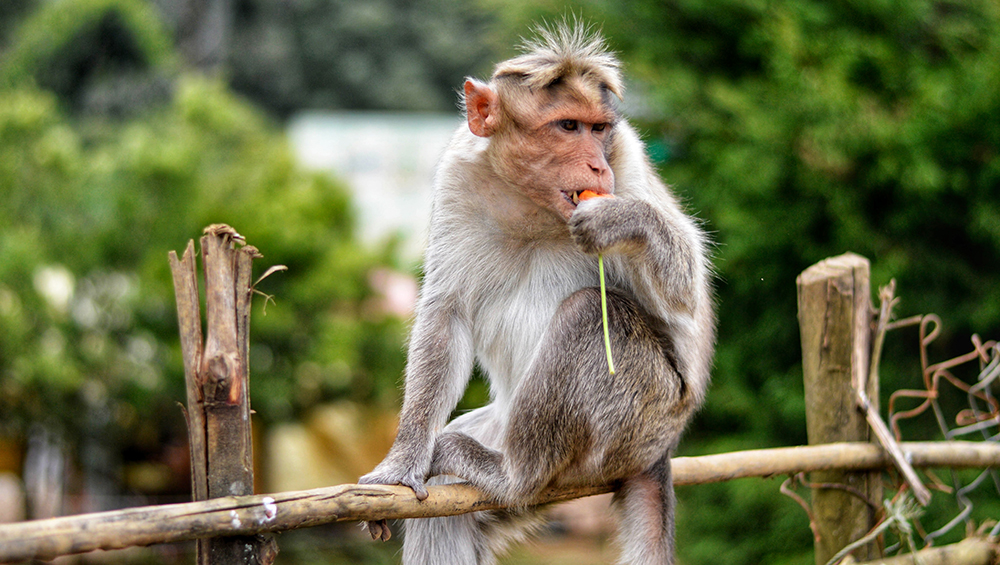 Davanagere, January 9: Residents of SVR colony of Channagiri Taluq here on Thursday built a temple in the memory of a male monkey, who died here 'unexpectedly'. A group of monkeys entered the SVR colony around three months back. The monkeys have never disturbed anybody in the area and they used to play with children living in the colony. Locals said that the monkeys are very obedient to them.

Unfortunately, one of the monkeys died suddenly on Wednesday, causing distress among people who were very fond of him. Showing their love for the deceased monkey, locals performed his final rite according to Hindu tradition. Monkeys Are Feeding on Rats in Malaysia! Scientist Shocked But Call Them 'Effective Pest Control'.

Later, the residents approached the president of the village Panchayat to allot funds to build a temple in the monkey's memory. The construction of the temple has already begun in the area at the same place where the monkey's funeral was conducted.