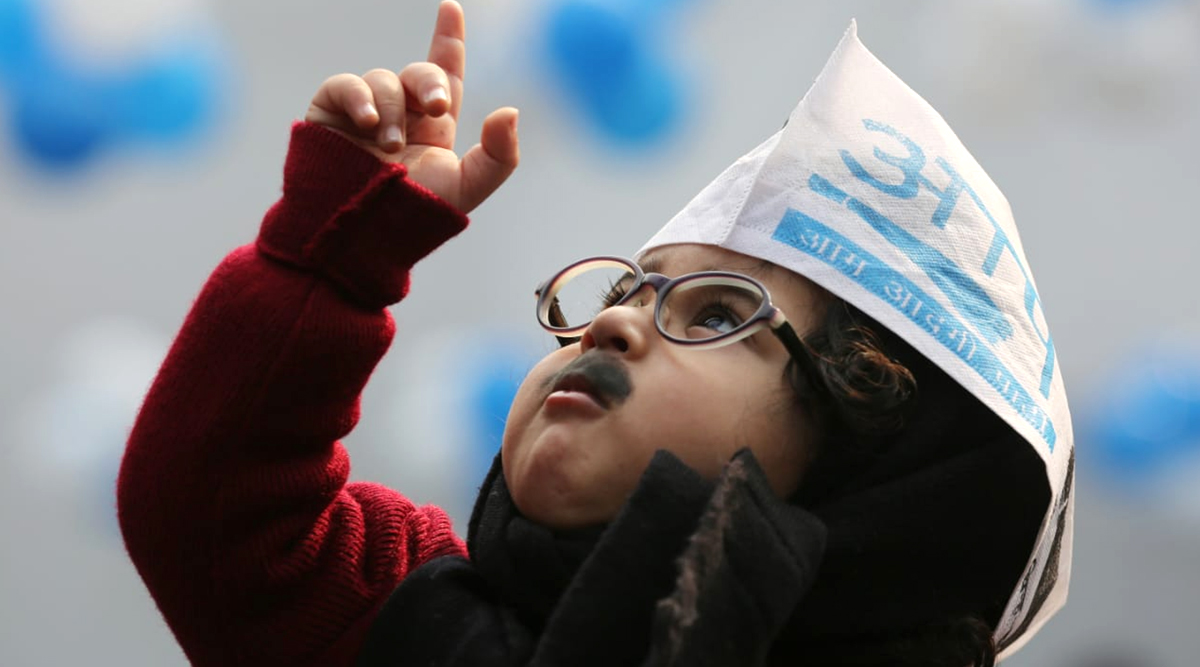 New Delhi, February 11: Ahead of its impending victory in Delhi Assembly polls, the Aam Aadmi Party (AAP) on Tuesday tweeted a photo of a toddler dressed as Delhi Chief Minister Arvind Kejriwal, sporting his trademark muffler and cap.

The post grabbed the eye balls of Tweeple while called the toddler 'Mini Mufflerman'. The photograph shows the toddler dressed as Kejriwal, with an AAP cap, a painted-on moustache, a maroon pullover, and of course, the muffler. Delhi Assembly Elections 2020 Results: Kid Dressed As Arvind Kejriwal Reaches AAP Supremo’s Residence Ahead of Counting, View Pics.

"Mufflerman," wrote AAP while tweeting the image with a smiley face emoji.

A post read, "Mufflerman once again... Congratulations to @AamAadmiParty for the consistency in dehli...Also to the people of dehli who voted on Education and Healthcare not on Hindu Muslim...Hindustan...PaKistan." Catch Delhi Assembly Elections 2020 Results Live News Updates.

"Thanks to all the voters who voted for AAP... It is a clear verdict to protect the soul and essence of India," read another post. A user remarked, "I am a Kejriwal... But I am not a terrorist...!!!"