As the social media site faced an outage, netizens try to rush on the microblogging platform itself, to report the technical glitch. Something, they always. But they are quite unsuccessful right now, because Twitter is down! 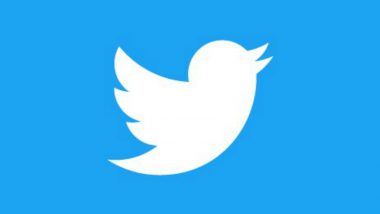 Microblogging platform Twitter is not responding. The popular social networking website is facing issues, and more than a thousand people reported DownDetector, immediately after the outage. Users are unable to tweet, retweet, like and more on the platform. As the social media site faced an outage, netizens try to rush on the microblogging platform itself, to report the technical glitch. Something, they always. But they are quite unsuccessful right now, because Twitter is down! Not only tweets, and news feed, you cannot even access funny memes and jokes on the microblogging platform, since it is not responding!

Last month as well, Twitter suffered a global outage. Earlier this month too, the microblogging platform was inaccessible. At the time, netizens reacted with memes after the social media site was temporarily down for users. According to DownDetector, users from India are significantly facing the problem. The social media website is not allowing users to refresh their news feed. Not only the web version, but also the Twitter app for iPhone and Android are facing issues. The problem started at around 7:40 pm, and the cause of the outage is not immediately down. As users are unable to use the platform, the memes and jokes also has to wait for netizens to enjoy, till the technical glitch is fixed.

Apart from the Twitter website and apps, its Tweetdeck service is also facing an outage with the webpage being down and displaying as inaccessible. More information on the recent outage is awaited. We urge the users to keep their calm, as services are expected to be restored as soon as possible!

(The above story first appeared on LatestLY on Oct 28, 2020 09:07 PM IST. For more news and updates on politics, world, sports, entertainment and lifestyle, log on to our website latestly.com).